A consultation has been launched on plans to expand the Ultra Low Emission Zone to cover almost the whole of London. 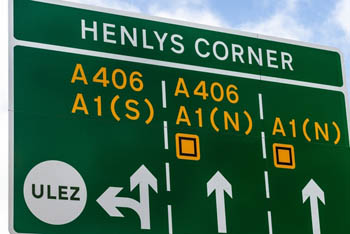 Around 4,000 premature deaths in 2019 were attributed to dirty air, with the greatest number in outer London areas such as Bromley, Barnet, Havering and Croydon, according to TfL. All Londoners live in areas that breach the World Health Organization (WHO) target for particulate matter and nitrogen dioxide.

Last year, the cost of congestion to the London economy was estimated to be £5.1bn. Two-thirds of this cost have been attributed to traffic delays in outer London.

The proposals to expand the ULEZ London-wide on 29 August 2023 would see the zone expanding up to the current Low Emission Zone boundary. It would be in operation all year round, apart from Christmas Day, with a daily charge of £12.50 to drive within the zone in a non-compliant vehicle.

Mr Khan argues that in the short term expanding the ULEZ London-wide will have the biggest effect on emissions relative to the cost to Londoners as a whole, as well as helping to tackle the climate emergency and traffic congestion.

Mr Khan said: ‘The air Londoners breathe is so toxic it stunts children's lungs, exacerbates chronic illness and contributes to thousands of premature deaths each year. More than half of the 500,000 Londoners with asthma live in outer London and all areas of London still breach safe levels of pollution.

‘That's why my proposals for expanding the Ultra Low Emission Zone are the right thing to do. Air pollution is not just a central London issue and Londoners in the outer boroughs should be able to enjoy the clean air benefits the ULEZ brings.’

Alex Williams, TfL's director of city planning, commented: ‘It's clear that the capital's toxic air is continuing to blight the lives of Londoners and progress in outer boroughs is slower than anywhere else.

‘The number of premature deaths and current projections for diseases linked to poor air quality is unacceptable. We must act at pace to tackle this, which is why we are proposing to expand the ULEZ London-wide next year and are looking at the longer-term solution of a new form of road user charging. We would encourage people to respond to this consultation to help shape our plans.’