Local authorities in Oxfordshire have announced new plans for reducing congestion on all major routes into Oxford. 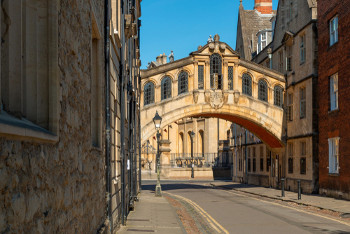 The local authorities say this will improve journey times for people travelling into and around the city and will allow road space to be reallocated to walking and cycling routes.

Other plans, which have been outlined in the Connecting Oxford proposal, include high frequency fast bus routes and improved cycle and walking routes.

There will also be a charge for workplace parking provided by larger employers in the ‘eastern arc’, which would help fund the proposed transport improvements and create a disincentive to drive to work.

The two councils are now asking for comments from residents, commuters, businesses, transport operators and other organisations to feed into the detailed development of the proposals.

'The predicted growth in journeys as new jobs are created in the city means that doing nothing is not an option,’ said Cllr Yvonne Constance, cabinet member for environment at Oxfordshire County Council.

‘We need to take bold steps to tackle the congestion problem and improve quality of life for people who live and work in the city.

‘The benefits will be felt by people travelling into the city from across the county and is an important project for Oxfordshire as a whole.’

Cllr Alex Hollingsworth, cabinet member for planning and sustainable transport at Oxford City Council, commented: ‘History shows that every twenty-five years or so Oxford needs a transformative change to its transport planning.

‘In 1970 plans to knock down parts of Jericho and St Clements for roads and car parks were rightly abandoned; instead we introduced the UK’s first Park & Rides. In the 1990s we pedestrianised Cornmarket and put the bus gate in High Street to cut congestion in the city centre.

‘We need another bold step to break the slow steady spiral of congestion and decline and instead create a virtuous cycle of improvement, with better public transport, safer cycling and cleaner air on our streets.’