There were an estimated 1,560 deaths on British roads last year, as traffic levels recovered from significant falls in 2020.

The Department for Transport has published Reported road casualties Great Britain, provisional results: 2021, which officials said showed a reduction in fatalities of 12% from the 2017 to 2019 average. 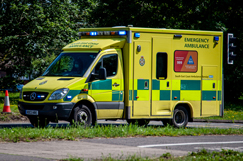 However, this represented a 7% increase in fatalities compared to 2020, when traffic levels were significantly affected by two national lockdowns and other measures aimed at curbing the spread of coronavirus.

Compared with 2020, there were increases in casualties of all severities.

Officials said casualty rates based on road traffic levels had not been produced as final figures for 2021 were not available. Casualty numbers were compared with changes in motor traffic since COVID-19, with monthly casualties generally showing a similar trend to motor traffic levels.

Jack Cousens, head of roads policy for the AA, said: ‘As the lockdowns eased, we were hopeful that the reduction seen in the 2020 road casualties statistics could be maintained for longer, but sadly that wasn’t the case.

‘The one glimmer of hope is that the total number of casualties last year remains lower than pre-pandemic levels, so we need that to be the turning point in order to make our roads as safe as possible.’

The RAC’s head of roads policy, Nicholas Lyes, said: ‘It’s disappointing to see collision numbers rise again last year as the UK eased itself out of lockdown restrictions after a dip in 2020. Summer 2021 in particular appears to show an above-average number of fatalities on our roads.’