Transport for London (TfL) has unveiled a new online tool that it said will enable organisations and the public to see the level of road casualties in the capital.

It said the Vision Zero Dashboard will allow police collision data to be more easily accessed and interpreted, allowing it and partner organisations to better identify road dangers for specific communities and work tackle them. 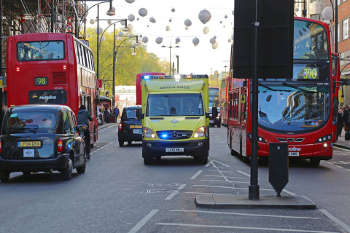 TfL said users can now easily filter the raw data based on key fields such as injury severity, location, date/time and by mode, while new maps, charts and data visualisation tools compare collision data across the years and by location, ‘making the data easier to understand’.

The dashboard visualises TfL's published collision statistics from 2017 to 2019, adding to data TfL has already made publicly available, such as the report Casualties in Greater London during 2019, which was published in September 2020.

Although the dashboard appears to provide accurate data, a TfL press release issued to launch it initially quoted inaccurate statistics. It stated: ‘There were 25,341 reported collisions on London's streets in 2019, resulting in 125 people killed and more than 26,000 injured, 3,780 of those seriously.’

The 2019 casualty report made clear the 3,780 seriously injured are in addition to 26,102 people who were slightly injured.

The stated figure of 125 fatalities was correct, meaning that in 2019 a total of 30,007 people were reported injured to the police.

The figure of 83% is in fact the percentage of fatalities from these groups of vulnerable road users. In 2019, 31 motorcyclists, 68 pedestrians and five cyclists died on London’s roads, a total of 104 fatalities.

After Highways pointed out the error a TfL spokesperson apologised and the statistics in its press release were updated.

It added that provisional data has shown that 96 people died on London's roads in 2020 of whom 31 were motorcyclists - equalling the 2019 total - 45 died walking and six were cycling. The fall in fatalities will have been influenced by lower levels of other types of traffic during the year.

The proportion of people killed who were motorcyclists, pedestrians or cyclists was 85%, even higher than the 2019 figure. 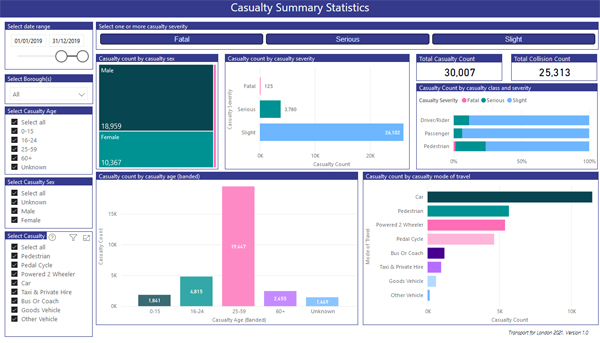 London's Walking and Cycling Commissioner, Will Norman, said: 'Every death on London's roads is one too many which is why we are determined to eliminate these tragedies through our Vision Zero action plan. The launch of our new online dashboard is key to achieving this goal as making collision data more accessible is useful not only for TfL and partner organisations, but also the public.

'It also serves as a timely reminder about the importance of driving safely and sticking to speed limits to protect all road users, especially those who are most vulnerable.'

Victoria Lebrec, head of policy, campaigns and communications at Roadpeace, said: 'The dashboard is very welcome. Whilst it is data that is already available, making it easier to access and visualise is important because it will help Londoners to understand the extent that road danger is impacting their community.

'People often are surprised by the frequency and severity of crashes, and I hope that this dashboard will allow campaigners and the public alike to question what more can be done to prevent crashes in London. Well done TfL for providing the tools for themselves and the other agencies in the capital to be held to account.'

TfL said that data from future years will be added in due course, with plans for further analysis capability including being able to identify casualty rates by kilometre travelled.