The 2019 Road Surface Treatments Association (RSTA) annual conference, which took place at the world-famous Belfry hotel and resort last week, asked: is the local road network open for business? The answer from a range of industry speakers was: only just.

Matthew Lugg OBE, president of the Chartered Institution of Highways and Transportation (CIHT) and WSP head of profession for local government, opened the conference with a report on the initial survey findings of the CIHT review into the local highway network. As reported by Highways in April, they reveal a strong desire for reform and an almost unanimous agreement that local roads would benefit from the Highways England model of funding. 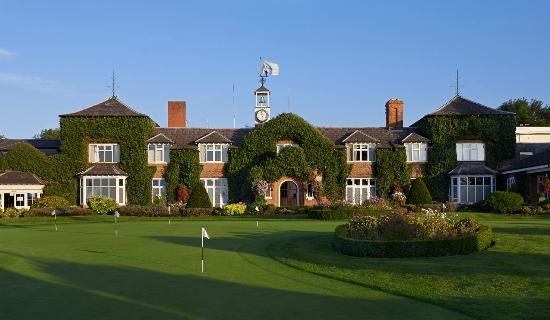 Annette Pass, head of innovation at Highways England, explained that having assured five-year investment meant that Highways England could not just focus on the basics of the strategic road network (operation, maintenance, renewal) but could also develop a future vision.

She outlined the Highways England vision of digital roads, where all vehicles are fully connected and conversant with the highways network but – controversially to a room of industry practitioners – she predicted a future where highway engineers are replaced by data scientists.

As for being open for business, Ms Pass pointed out that 78% of all journeys are made by road, whether strategic or local, meaning that the SRN must not been seen in isolation.

David Tucker, Federation of Small Business (FSB) transport policy chair, highlighted that in England the local network carries 61% of all journeys yet has an annual spend of only £4.3bn, compared with the rail spend of £9.4bn for carrying just 2% of journeys.

Mark King, head of street care and transport at South Gloucestershire Council and chair of the South West Highways Alliance, presented the benefits of collaboration for local highway authorities and how the sharing of innovation and best practice can help achieve more for less.

The Alliance consists of 15 county and unitary authorities – from Cornwall in the South to Gloucestershire in the West. A major area for collaboration is training. Local authorities are losing skills and have often stopped in-house training in order to save costs. Mr King said the alliance has provided access to a shared pool of resources and allowed the development of joint training schemes to help authorities ‘grow their own talent’.

Another example of collaboration is how the alliance is implementing the Permitting Scheme for Works on the Highway – charging for access to the road network.

Mr King explained that without the combined help of the alliance they would not have been able to develop and implement the scheme within the short timescale. The scheme has the added benefit of being common across the region and therefore is more user friendly to contactors and utilities.

He went on to highlight another major collaborative success: the HIRAM toolkit. This is an analytical computerised modelling tool to help engineers identify vulnerable high risk sites, provide a platform to collate repair costs and allow the measuring of the investment gain. Such has been the success of the tool that authorities beyond the south west, including Transport for Greater Manchester and the Eastern Highways Alliance, are buying into it.

Innovative collaboration is just one way that local authorities are trying to address the absence of the resources to allow long-term strategic planning; another way is the ongoing development of industry best practice. Kevin Maw of the Road Emulsion Association (REA), discussed the updating of the code of practice for the safe transfer of emulsion from tanker to sprayer. The code is being updated in collaboration with RSTA.

RSTA chief executive Mike Harper (pictured, right) summed up the conference: ‘There is a significant inequality between the SRN and the local network.

'While local authorities and their industry partners are doing what they can to collaborate and innovate, it is ultimately for the government to recognise the national importance of the local road network and ensure that it is open to business by providing the resources that will allow pro-active strategic long-term planning rather than reactive catch-up.

'The five-year funding settlement model shown to be so successful for the SRN, is urgently required for local roads.’