We need to talk about pricing, MPs say

The Commons Transport Committee has said it wants to start a national debate about road pricing – ‘something that has been lacking for more than a decade’.

It said this debate should come in advance of an inquiry to be formally announced early next year, when it will invite views from across the country ‘from drivers and non-drivers alike’ about the future of road-based transport. 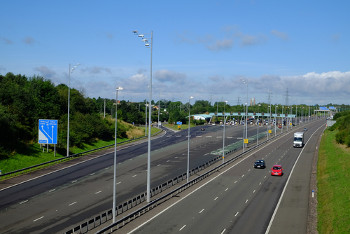 Committee chair Lilian Greenwood MP said: ‘It’s been almost 10 years since the last real discussion of national road pricing. In that time, we have become much more aware of the dangers of air pollution and congestion. Parliament declared a climate emergency in May, and local councils have begun to do the same. This requires a serious response, including rethinking how we manage our road network.'

MPs pointed to the need to decarbonise its transport network, tackle congestion, and encourage ‘modal shift’ to alternative forms of transport, with the £40bn annual income from fuel duty and vehicle excise duty likely to decline sharply and possible end entirely.

They said this income will need to be replaced if the Government is to continue to invest in transport infrastructure and prepare the transport network for 'a new greener future'.

Earlier this week the Institute for Fiscal Studies said a system of road pricing varying by time and location would be ‘the ideal approach’ in the face of falling revenue from existing sources.

Ms Greenwood said: ‘We cannot ignore the looming fiscal black hole. We need to ask how we will pay for roads in the future and in answering that question we have an opportunity for a much wider debate about our use of road space, cutting carbon emissions, tackling congestion, modal shift and how we prioritise active travel.

‘This isn’t about pricing drivers off the road; it’s about making sure that as many people as possible have a say in future plans so that we can manage the changes to come. The Transport Committee wants to kickstart this conversation.’

The committee said that in early 2020 it will investigate whether national road pricing should be a part of that future, but that it wants the public to begin the discussion now.

Issues to be considered will include pros and cons of road pricing including the economic, environmental, and social impacts.

MPs will also look at the lessons that can be learnt from existing schemes at the national level, local level, and overseas. They said road pricing does not only mean tolls but includes congestion charges, an HGV levy, workplace parking levy, low emission and Clean Air Zones.

Darren Shirley, chief executive of Campaign for Better Transport, said: 'The way all vehicles are charged to use the UK's roads must change.

'A national road pricing scheme based on distance travelled, level of congestion, and how polluting the vehicle is should be developed. However, this income should stay at the local level rather than with HM Treasury so that local areas are able to invest to meet their communities' transport needs.'