AA says only one in 10 feel safer on smart motorways

Only one in 10 drivers say they feel safer on all lane running (ALR) smart motorway schemes compared to a traditional motorway, according to a study by the AA. 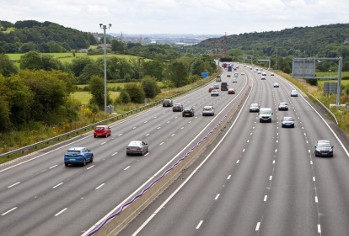 The study also showed that there was a fall in trust for the existing distances between Emergency Refuge Areas (ERA). In February 2016, almost a quarter (23%) felt that 1.5 miles was a suitable distance between ERAs, but this has now fallen to 16%.

From April 2020, all new schemes will have ERA spaced at every mile, but only two-fifths (41%) believe this is a suitable distance. Almost two-thirds (63%) believe ERAs should be spaced every half a mile.

Following five deaths along the same stretch of the M1, more than half (52%) of drivers believe the rollout of ALR schemes should be stopped. On Friday, the Coroner for the West Midlands advised they were going to raise concerns to Highways England following the death of 8-year old Dev Naran.

AA president Edmund King said: ‘We believe the secretary of state should now announce a review into the safety of all lane running schemes.

‘Unfortunately we have already seen fatalities where vehicles have been left in vulnerable positions in live lanes. Previous research has shown that if Stopped Vehicle Detection is not in place it takes an average of 17 minutes to spot a stationary vehicle in a live lane.

‘Our new study shows that public trust on removing the hard shoulder has pretty much evaporated. Before any further schemes begin, we need an urgent and independent review into the safety of existing schemes.’