Bear Scotland has completed major works on both the old Forth Road Bridge and the Queensferry Crossing, including employing specialised coatings and de-icing compounds designed to reduce the risk of bridge closure.

Bear, which manages the two crossings on behalf of Transport Scotland as part of the South East Unit trunk road contract, said it had completed work to clean the cables on the north tower of the Queensferry Crossing: ‘meaning that engineers will be able to measure the difference this makes to the accretion of ice, if the weather conditions that cause this occur again this winter’.

The last two winters have seen the crossing closed because of ice accretion on its cables. During a closure in February 2020, the Scottish Government’s then infrastructure secretary, Michael Matheson was criticised for previously suggesting that an earlier incident was ‘a result of a very specific set of weather conditions’ and was unlikely to recur.

Later that year, Transport Scotland described the installation of sensors on the crossing as ‘part of a number of measures to improve the detection and management of ice accretion’ but in December the crossing was closed to vehicular traffic in both directions due to 'ongoing weather conditions', including falling ice.

Chris Tracey, BEAR Scotland’s South East Unit bridges manager, said: ‘Our rope access teams have also done a great job completing the cleaning of the cables on the Queensferry Crossing’s north tower. This will allow us to measure what difference this makes to the formation of ice. As part of the project, a range of sensors and thermal cameras have been installed at the top of each tower.

‘Tests are also scheduled in December at the Jules Verne Climatic Wind Tunnel, a major research facility in Nantes, France. This will allow us to recreate the conditions that cause ice accretion and test the impact of cleaning and of specialised coatings and de-icing compounds on a full-size section of Queensferry Crossing cable and a mock-up of the towers.

‘If ice accretion occurs again this winter we will still need to close the bridge; however the full capacity of the Forth Road Bridge will be available as a diversion route for any closure lasting more than a few hours.’ 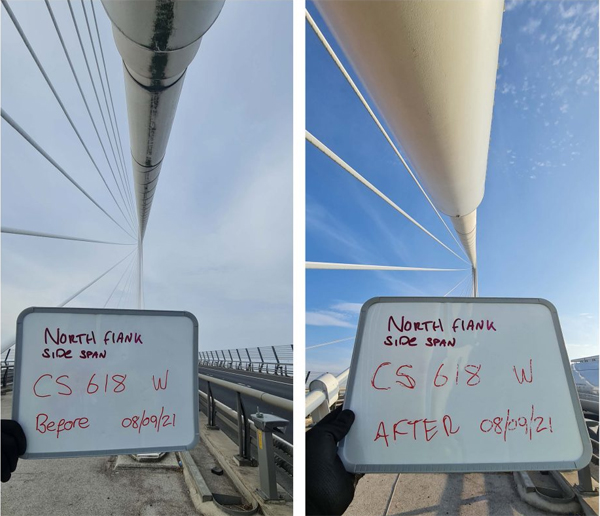 Work to replace the main expansion joints on the Forth Road Bridge, which is now used as a public transport corridor, was completed in October, marking the conclusion of one of the biggest maintenance projects in the bridge’s history following the discovery of significant structural problems six years ago.

Mr Tracey added: ‘The main expansion joints in the Forth Road Bridge allow it to expand and contract in response to wind, temperature and traffic loading. They performed well since the bridge opened in 1964 but had reached the end of their service life after over 50 years of heavy use.

‘Work on the southbound carriageway was completed last year and we learned a great deal from that process. Hidden issues were discovered once we took the joints apart, including details that differed from the original construction drawings.’

BEAR Scotland has made two key appointments to its bridges team for the South East Unit, which also includes 757 bridges and other structures such as the Clackmannanshire Bridge and 314 miles of trunk roads from central Scotland through to the Scottish Borders. 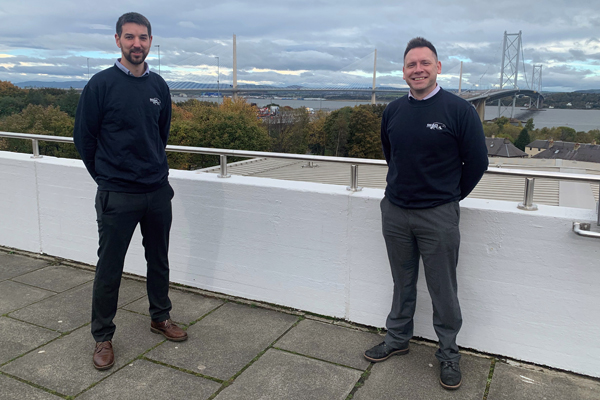 David Bishop (pictured, left) has joined BEAR Scotland as major bridges manager for the Forth Road Bridge and Clackmannanshire Bridge, while James Petrie (right) has taken on the position of network bridges manager, overseeing the maintenance and management of the 753 non-major bridges within the South East Unit.

Along with Queensferry Crossing manager Gordon Wright, the two are responsible for all bridges in the unit.

Bear Scotland said that Mr Bishop and Mr Petrie have 30 years’ experience in the industry between them.

Mr Bishop has worked on major bridges throughout the UK including the M48 Severn Bridge, the Humber suspension bridge and multiple new major bridges constructed for the new Aberdeen bypass. He also previously worked on the Forth Road Bridge between 2009 and 2013.

Mr Tracey said: ‘These key appointments strengthen our capability in delivering innovation for assessment, design and supervision for the construction of complex maintenance and refurbishment projects. David and James bring a wealth of impressive experience.’