Call for £1.2bn safety boost as UK falls behind

A new report has called for an investment package of £1.2bn to improve the safety of more than 5,000km of roads and prevent more than 8,000 fatal and serious injuries over the next 20 years.

The report, Looking Back – Moving Forward, published today by the Road Safety Foundation and Ageas, says this would boost the UK’s economic recovery and protect the NHS by saving society almost £4.4bn over the same period. 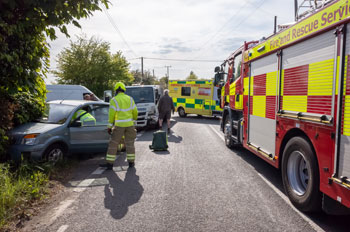 Now in its 20th year and supported by Ageas since 2012, the annual report examines the performance of Britain’s motorways and A roads, identifying the roads where lives could be saved with physical improvements.

The report points out that the recession from 2008 to 2010 led to a substantial road death reduction, followed by flatlining. On the British EuroRAP network, the average fatal and serious crash rate fell by well over half, from 37 fatal and serious crashes per billion vehicle-kilometres between 1997 and 1999 to 16 between 2016 and 2018.

It adds: ‘However, during this period, other countries, such as Norway, Spain, Slovenia, Switzerland and Sweden have made faster progress and we are no longer the front runners.’

Dr Suzy Charman, executive director of the RSF and author of the study, said: ‘We’ve already demonstrated that infrastructure safety measures can be developed and implemented very quickly, providing jobs and saving lives.

‘At a time when we need to boost our economic recovery and protect the NHS, what better way of saving our society an estimated £4.4bn over the next 20 years. Let’s move forward and save lives by improving these roads.’

Ageas CEO Ant Middle said; ‘On Britain’s motorways and A roads alone, there are more than 10,000 crashes which result in people being seriously or fatally injured every year. In their memory we cannot stand idly by and say nothing. In this report the Road Safety Foundation has identified projects that with investment can reduce the demand on our NHS, boost employment prospects for infrastructure workers and limit deaths because of dangerous roads.’

This year’s report shows that three in five (60%) of all deaths are concentrated on 13% of Britain’s roads, with 765km on 38 persistently higher risk rural routes seeing more than 1,400 fatal and serious crashes between 2013 and 2018. The value to society of preventing these would have been almost £700m.

The data from the report has been used to update the interactive ‘Dangerous Roads Map’ This reveals Britain’s riskiest roads and highlights where targeted investment could save lives.