A senior rail executive has warned that Britain ‘stands on the precipice of a car-led recovery’ from the pandemic.

The warning was underlined by new data showing that the morning rush hour has returned, with traffic back to levels seen in January.

Speaking at an event at the virtual Labour party conference fringe, Andy Bagnall, chief strategy officer for the Rail Delivery Group, said: ‘The data is clear and should raise alarm bells, the country stands on the precipice of a car-led recovery from COVID that risks dealing a knockout blow to the nation’s target of reaching net zero carbon emissions by 2050.'

The RDG pointed out that the latest figures from the Department for Transport show that growth in car use is outstripping other modes of transport.

From 7-13 September, the number of cars and lorries on the road was almost back to normal with an average of 96% of pre-COVID traffic levels and exceeding pre-COVID levels at weekends. 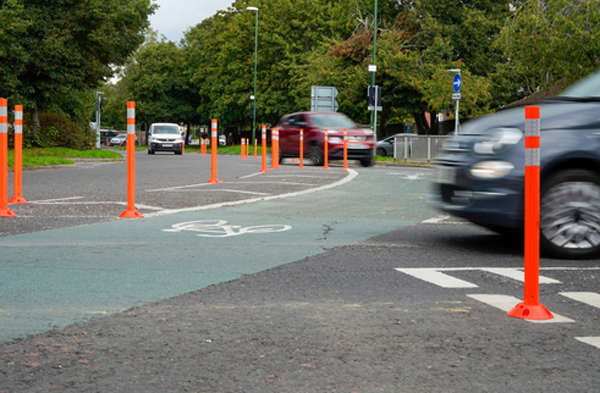 Conversely, the number of people using trains and buses remains a fraction of what it was before the pandemic, at 39% and 57% respectively.

Mr Bagnall added: ‘Rebuilding the fares system and making ticketing simpler is essential to get people out of traffic jams and onto cleaner, greener trains. We want to work with government to make this a reality.'

The RDG said that projections from KPMG show that a simpler fares system that enables tap-in-tap-out travel across the country, tackles crowding on Britain’s busiest services and allows discounts on 80% of walk-up fares could increase the number of rail journeys by 300 million over the next 10 years.

RAC Insurance said data from drivers with its black box devices shows that the beginning of the school year in England has led to a marked rise in cars on the road, particularly at what appears to be the peak drop-off time of between 8am and 9am.

‘Looking at average weekday traffic between Monday 7 September and Wednesday 16 September, between these hours there were the same number of cars being driven as on a weekday in January.’

The RAC said that ‘alarmingly, the figures appear to show that the UK’s morning rush hour is caused more by people dropping children off at schools and nurseries than it is by commuters heading to places of work, given that many people are still working from home.'

RAC spokesperson Rod Dennis said: ‘While schools reopening was always going to lead to a rise in vehicle traffic, the fact that between a fifth and a third of the UK workforce is still working remotely shows just what role the school drop-off plays in creating the phenomenon we know as the morning rush hour.

‘What’s abundantly apparent is how dependent parents are on the car for getting children to their places of study or play during the week – and with fewer people prepared to take public transport at the moment, the reliance on the car as the transport mode of choice has increased.’

Godfrey Ryan, CEO of school transport specialist Kura, said: ‘Government messaging has made millions of parents fearful of placing their children on shared and public transport, creating an over-reliance on cars and adding millions of vehicles to the roads in recent weeks.

‘This has rapidly undone the clean air benefits measured throughout lockdown, creating toxic air pollution both on the roads and around the school gates.’