MPs have accused the Government of lacking ‘the decisiveness or bravery’ to address the failures in corporate regulation that allowed Carillion to collapse as a result of the ‘recklessness, hubris and greed’ of its directors.

In the final report of their joint inquiry into the insolvency of the infrastructure and outsourcing giant, the Work and Pensions and BEIS committees have called on ministers to carry out an ‘ambitious and wide-ranging set of reforms’ to the system of corporate accountability. 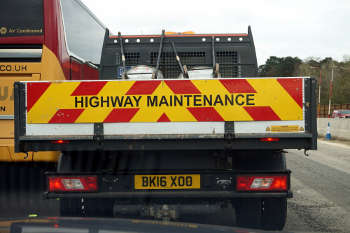 However, MPs said Carillion’s board was both ‘responsible and culpable for the company’s failure’, presiding over a ‘rotten corporate culture’ that led to its failure.

They said that despite clear accountability, the directors presented themselves to their inquiry as ‘self-pitying victims of a maelstrom of coincidental and unforeseeable mishaps’.

They added that Carillion's rise and spectacular fall was a story of ‘recklessness, hubris and greed’, with at best questionable accounting practices that ‘misrepresented the reality of the business’.

MPs said the Insolvency Service should carefully consider whether Carillion’s former directors breached their duties under the Companies Act and should be recommended for disqualification.

Frank Field MP, chair of the Work and Pensions Committee, said: ‘They rightly face investigation of their fitness to run a company again. This is a disgraceful example of how much of our capitalism is allowed to operate, waved through by a cosy club of auditors, conflicted at every turn.

‘Government urgently needs to come to Parliament with radical reforms to our creaking system of corporate accountability. British industry is too important to be left in the hands of the likes of the shysters at the top of Carillion.’

Rachel Reeves MP, chair of the BEIS Committee, called for the Competition and Markets Authority to consider breaking up the big four accountancy firms.

She said: ‘Carillion’s collapse was a disaster for all those who lost their jobs and the small businesses, contractors and suppliers left fighting for survival. The company’s delusional directors drove Carillion off a cliff and then tried to blame everyone but themselves. Their colossal failure as managers meant they effectively pressed the self-destruct button on the company.

‘However, the auditors should also be in the dock for this catastrophic crash. They are guilty of failing to tackle the crisis at Carillion, failing to insist the company paint a true picture of its crippling financial problems. The sorry saga of Carillion is further evidence that the big four accountancy firms are prioritising their own profits ahead of good governance at the companies they are supposed to be putting under the microscope.

‘The collapse of Carillion exposed terrible failures of regulation. The Government needs to stop dithering and act to ensure regulators are up to the job of intervening before companies fail, rather than trying to pick up the pieces when it is too late.’

In its most recent update earlier this week, the Official Receiver said that in total, 2,301 jobs have been made redundant through the liquidation, although 11,618 jobs have been saved and a further 1,103 employees have left the business through finding new work, retirement or for other reasons.