The Welsh Government has confirmed its preferred bidder for the final two sections of the troubled A465 Heads of the Valleys dualling scheme.

Officials said the Future Valleys consortium, comprising FCC, Roadbridge, Meridiam, Alun Griffiths (Contractors) and Atkins, has been appointed as preferred bidder for the improvement work for the A465 Sections 5 and 6 (Dowlais Top to Hirwaun). 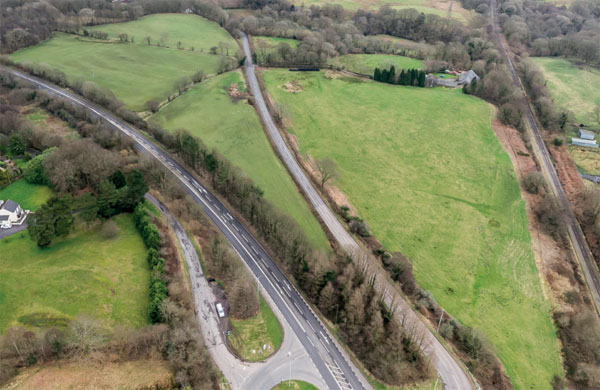 The price of the scheme is estimated to be around £500m, although there has been some confusion around the cost. It will be financed through the Welsh Government’s Mutual Investment Model (MIM), a variant of PFI.

Last year it emerged that the scheme was to be reappraised in light of the ‘climate change emergency’.

However, Ken Skates, minister for economy, transport and North Wales described the appointment of a preferred bidder as ‘a clear signal that we are committed to these improvements’.

Officials said the appointment was made ‘following a comprehensive technical, legal and commercial evaluation’, adding that said Future Valleys ‘comprises large international construction companies alongside established financial investors, partnered with Welsh contractors and designers with knowledge of the area of local supply chain’.

‘The project will support the objectives of our Valleys Task Force, delivering economic and community benefits in a post-coronavirus recovery period. I expect the project to deliver around £400m of direct spend in Wales.’

Consortium member Griffiths is part of Tarmac. Paul Fleetham, managing director of Tarmac’s construction business, said: 'Griffiths is proud to be part of The Future Valleys consortium appointed as the preferred bidder.

'This major award reflects the consortium’s collective expertise, innovation and ability to work in partnership with the public sector to deliver a major and complex project. Our Welsh team will now be focused on working with Welsh Government to deliver a vital infrastructure scheme which when complete can deliver real socio-economic benefit for Wales.'

The A465 connects towns in the upper South Wales Valleys and helps link those communities to Newport, Cardiff and Swansea. Improvements for Sections 5 and 6 will see the road converted to two lanes in each direction.

An earlier section of the road, between Gilwern and Brynmawr, has been the subject of a long-running legal dispute between the Welsh Government and Costain after works went significantly over budget.

Mr Skates has said that using the MIM for the Dowlais to Hirwaun sections will place the ‘risk of cost increase’ with the contractor.

A465 Heads of the Valleys Welsh Government