A handful of contractors have won places on Transport for London’s (TfL’s) latest surface transport infrastructure construction framework, which is expected to see spending of £800m over the next six years. 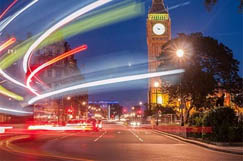 Costain, Eurovia, FM Conway, VolkerFitzpatrick and a joint venture between Tarmac and Kier are the successful contractors on the deal, which starts in April.

TfL’s director of project and programme delivery Nick Fairholme said: ‘This new contract framework will help us to deliver further vital walking and cycling schemes across London, and ensure that these important infrastructure assets on our road network are safe and well maintained for years to come.’

TfL began procurement for the framework at the end of 2019 and the work will be split into three levels: work valued at under £25m, work above that threshold and projects described by TfL as of ‘high complexity and value’.

TfL, London boroughs and other authorities with projects that impact the capital’s road network can use the framework, which will run until March 2027.

Paul Fleetham, managing director of Tarmac’s Contracting business, said: 'Following our appointment on the Highways Maintenance and Project Framework last autumn, this latest award marks the second major contract secured with TfL by our JV with Kier in the past few months and is a testament to our collective expertise, resources and collaborative approach to infrastructure delivery.'

Joe Incutti, Kier Highways group managing director, said: 'We look forward to extending our relationship as a trusted delivery partner to our client, Transport for London. Working collaboratively with Tarmac we will continue to support the delivery of improvements to the Transport for London road network.'

FM Conway plans to work alongside key partners Arcadis and Osborne to form an integrated team for the framework, capable of delivering medium to high complexity design and build projects on roads, bridges, tunnels and river infrastructure.

Mark Tooley, FM Conway civil engineering director, said: 'By being involved early in the development of the projects, we will be able to work alongside TfL in providing innovative and cost-effective solutions, driving efficiencies and maximising budget potentials. Our sustainability credentials and material development programmes will also align with TfL’s ambitions for carbon reduction.

'We have chosen to partner with Arcadis, who will form part of an integrated team to deliver design and build projects and with Osborne whose technical capability will support us on complex level two projects.'

'We are excited to be supporting TfL on the evolution of STIC - creating a new delivery route with the necessary capacity and resilience to deliver medium to high complexity projects and programmes in the capital,' said Phil Skegg, managing director of Eurovia Contracting.

And John Cox, managing director of VolkerFitzpatrick’s Rail and Infrastructure business, said the work will 'play a vital role in enabling more people in the capital to make journeys by bike and foot, and which will help reduce congestion across the city'.