Coventry City Council has accused the Government of using ‘heavy handed’ tactics after it was ordered to implement a Clean Air Zone (CAZ).

The Department for Environment, Food and Rural Affairs (Defra) rejected the council’s £83m plan to improve air quality in the city by promoting electric vehicles, and walking and cycling routes. 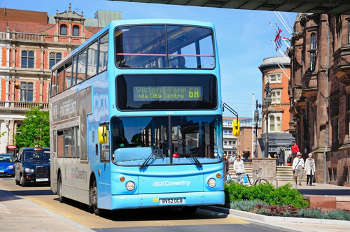 Defra has, instead, insisted that Coventry CC introduce a charging CAZ, which will require drivers of high-polluting vehicles, such as buses, lorries and older cars, to pay a charge.

Coventry councillor Jim O’Boyle accused the Government of not giving any good reasons for requiring the council to introduce a CAZ.

‘There’s no point using heavy handed tactics without any clear rationale,’ he said.

‘Our local plan is all evidence based, we can demonstrate that we can reduce nitrogen oxide levels in the areas of the most concern and I can’t see how a charging zone would reduce emissions any quicker.

‘They are asking us to make every arterial road in the city part of a charging zone and that’s completely unacceptable.

‘I don’t think they understand that in Coventry a Clean Air Zone would end up being a series of fragmented zones that would potentially bring the whole city to a standstill – without offering any real long term solutions for the city.’

‘The Government have sat on their hands on the issue of air pollution and they’re handing the responsibility to local authorities up and down the country,’ Cllr O’Boyle said.

‘We are happy to talk to Government representatives but it really needs to be open and honest,’ he added.

A Defra spokesperson said: ‘Our new Clean Air Strategy, which the World Health Organisation praise as “an example for the rest of the world to follow”, is the most ambitious air quality strategy in a generation and aims to halve the harm to human health from air pollution in the UK by 2030.’