Highways England has uncovered the remains of a Roman settlement in Cumbria during its £5m A66 Eden Valley improvements project.

As well as foundations of the original Roman road, traces of Roman life – and death – have also been identified near Kirkby Thore where pottery, post-holes for timber housing and a Roman grave have all been discovered in the past few weeks. 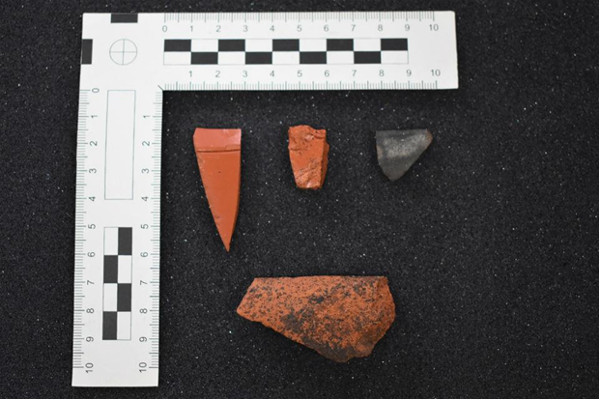 Some of the pieces of pottery unearthed during the works

Highways England, which is carrying out major carriageway reconstruction and resurfacing at the site, said the find illustrates its determination to protect the country’s cultural heritage. It has previously been criticised over its approach to archaeology at Stonehenge, where both portals for the planned tunnel will be in the World Heritage Site.

Project manager Steve Mason said: ‘As we’re essentially replacing the ancient foundations of the A66 between Low Moor and Kirkby Thore we realised before starting the work that we might come across Roman remains.

'We’ve worked very closely with archaeologists for several months and it’s been very interesting to see what kind of things are turning up. It has added a bit more complexity to planning and delivering the improvements but we’ve been determined from the outset to ensure that what we find on site is treated seriously and sensitively.' 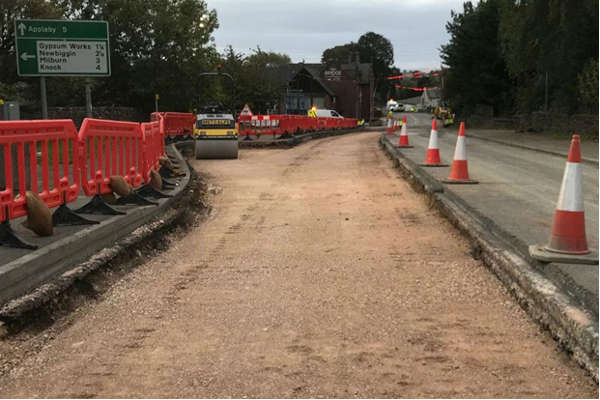 The route of the modern A66 roughly follows an important Roman road that linked Roman forts and settlements of Cumbria with those in North Yorkshire, passing by the vicus (or village) that lay just outside the Roman Fort of Bravoniacum, which lies below modern-day Kirkby Thore.

Ahead of starting work on any new road or major upgrade, Highways England is required by law to agree plans for how a scheme will deal with the effects it will have on its immediate environment, including local communities, wildlife and plants, and also any archaeological finds that may be found