Ministers have awarded nearly £12m of major road network funding to a bypass scheme in the South East, hailing the cash as furthering its ‘levelling up agenda’.

The planned Lyminster Bypass near Littlehampton will link up with the southern section of the bypass, which is currently under construction, to complete a new 1.1-mile single carriageway running to the east of Lyminster and Wick villages. 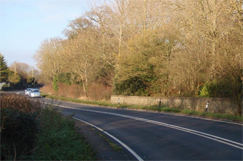 The road will link a new junction on the A259 in Littlehampton to the A284 just south of the A27 at Crossbush, supporting plans for 1,260 new homes and 700 new jobs in the region.

The Deparment for Transport (DfT) said the £11.8m funding for the scheme was part of the Government’s drive to build back better from the pandemic and boost transport links across the country.

Transport minister Baroness Vere said: ‘Local residents deserve quicker, easier and more reliable journeys in and out of Littlehampton and around West Sussex, and that’s exactly what this scheme will deliver, along with new jobs, houses and safer and better journeys for cyclists and pedestrians.

‘This government is committed to levelling up transport across the country, so that no matter where you live, you can get around easily and safely.’

The scheme was one of sub-national transport body Transport for the South East’s (TfSE) priority schemes in a submission in 2019. TfSE chair Cllr Keith Glazier said: ‘This investment will help boost economic growth, support new housing and jobs, and will improve quality of life for local residents.

‘A high-quality, reliable transport network is critical to our region’s economic recovery and future sustainable growth, so it’s good news that another of our top priority road schemes has received a major funding boost.’

The total cost of the scheme comes to £21.6m, with the remaining £9.8m coming from West Sussex CC, Coast to Capital Local Enterprise Partnership and private developers.

The DfT said that while journeys in and out of Littlehampton are currently often very slow along the narrow route into the town centre, with numerous delays caused by the Wick railway level crossing, the proposed bypass would provide road-users with a shorter and less congested route.

A three metre-wide shared cycle and footway will run along one side of the road and a signalised crossing will be built for cyclists, pedestrians and horse riders.

The Conservative MP for Bognor Regis and Littlehampton, Nick Gibb, is minister for school standards.