The figures, obtained by a Freedom of Information request, show that pollution levels fell by almost half on some parts of the Welsh trunk road following the installation of average speed cameras. 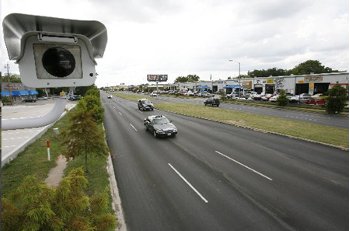 The lessons may be valuable to Highways England as it trials reduced speed limits on sections of its network to bring Nitrogen Dioxide (NO2) concentrations within legal limits.

Many drivers treated the limit as optional, even after the Government resorted to putting up signs explaining that slowing down would improve local air. Mean speeds through four of the sections ranged from 55mph to 58mph during the first year of the 50mph limits.

Data after February 2020 were not requested, to ensure comparisons were not influenced by COVID-19 travel restrictions.

In all cases, the reduction mostly occurred after average speed cameras were installed.

In February 2020, more than 92% of vehicles complied with the 50mph speed limits at Port Talbot and Wrexham (both directions) and westbound at Deeside. The lowest compliance was 81.1% westbound at Pontypridd.

Compliance data for the M4 at Newport was not available.