National Highways could use some of the £390m pledged to retrofit emergency areas (EAs) on smart motorways to install a new type of place to stop on locations such as slip roads, Highways can reveal.

The Department for Transport previously told Highways that it intends to count other places to stop for the purpose of standardizing the space between EAs. Although these places could have been less safe than traditional EAs.

As Highways reported, the chair of the Transport Select Committee, Huw Merriman MP, put down a parliamentary question to clarify whether National Highways defined motorway service areas (MSAs), slip roads and areas of the hard shoulder as emergency areas for the purpose of its retrofit programme.

In response, transport minister Trudy Harrison failed to rule out that the retrofit progamme would include this type of place to stop, but stated that National Highways ‘is currently developing a detailed programme of work which will set out the type and location of emergency areas to be delivered’.

The DfT told Highways that it remained committed to delivering the 150 emergency areas but was unable to guarantee that none of the £390m would be used to deliver other types of places to stop. 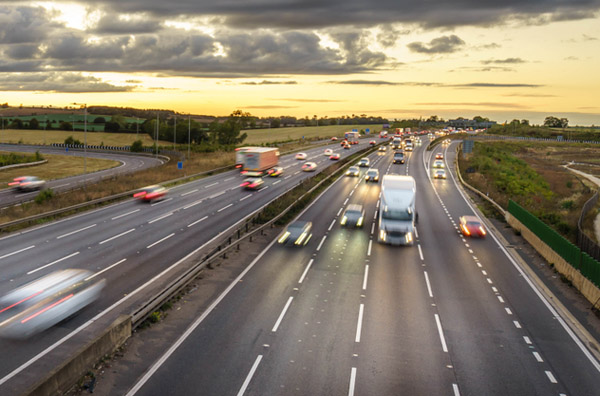 Highways understands that there is no question of National Highways adding new MSAs, slip roads and areas of hard shoulder as a proxy for emergency areas.

However, a plan is being considered to add a small number of new spaces in certain locations where full emergency areas are not practical. This includes spaces alongside slip roads that will allow vehicles in difficulty leaving the motorway to leave the line of traffic. While such spaces would not be fully-fledged EAs, they could still have features such as emergency telephones and CCTV coverage.

These new spaces would not count against the target of 150 new emergency areas by 2025 but could be funded from the same pot if money was left over.

In addition, such spaces could also be counted as part of a new standard of one emergency area every three-quarters of a mile and up to a maximum of a mile, where possible.

The DfT has already said that it will count other places to stop such as MSAs and new or existing hard shoulders for the purpose of this standard, despite telling the Transport Select Committee that it applies to EAs.

The DfT’s 2020 ‘stocktake’ offers a clear distinction between EAs and ‘other places to stop in an emergency’, defining EAs as: 'Approximately 110 yards long (the average length of a football pitch) by fifteen feet wide and set back from the left-hand edge of the motorway. An emergency telephone from which to alert Highways England of an issue and call for help is provided in each emergency area and increasing numbers of them have orange surfacing to make them more visible.'