First round of £4.8bn Levelling Up Fund begins

Chancellor Rishi Sunak has confirmed that the first round of the £4.8bn Levelling Up Fund will be available to local areas to help tackle regional inequalities.

Mr Sunak’s Budget aims to deliver on the Conservatives' 2019 manifesto commitment to invest more in northern constituencies with the aim of closing the economic gap between the North and the South. 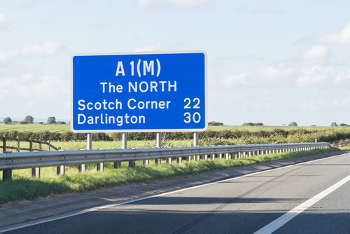 In the Budget, which was formulated against the backdrop of the pandemic, he emphasised the importance of ‘redrawing our economic map’ and changing the country’s ‘economic geography’.

The Treasury will make £4bn available for England and £800m for communities in Scotland, Wales and Northern Ireland. This now includes £800m that was to be allocated to devolved administrations but will now be subject to decisions taken in Westminster.

In his foreword to the Levelling Up Fund Prospectus, Mr Sunak wrote: 'While the Fund is open to every local area, it is especially intended to support investment in places where it can make the biggest difference to everyday life, including ex-industrial areas, deprived towns and coastal communities.’

He continued: ‘It is also designed to help local areas select genuine local priorities for investment by putting local stakeholder support, including the local MP where they want to be involved, at the heart of its mission. Local areas across the UK share similar needs, so the Fund will be delivered in partnership with local areas across England, Scotland, Wales and Northern Ireland.’

The document states: The Fund will focus investment in projects that require up to £20m of funding. However, there is also scope for investing in larger high value transport projects, by exception. Bids above £20m and below £50m will be accepted for transport projects only, such as road schemes, and can be submitted by any bidding local authority.

'They will be subject to a more detailed business case process and will need to score highly overall. Local authorities may wish to consider pooling funding from their bids in order to improve the chance of taking forward a larger transport scheme.'

Mr Sunak’s promise of a multi-million-pound fund to tackle regional inequality has been criticized by the think tank IPPR North as being too much of a centralised fix which forces combined and local authorities to go to the Government ‘cap in hand’.

Jonathan Werran,chief executive of local government think tank Localis, cautioned that the Budget will be judged on what happens in the aftermath of the lockdown.

‘Last year there was much talk of a modern day “Marshall Plan” to target investment where it was most needed and would deliver the greatest growth dividends,’ he said.

‘So in this context, the recovery will succeed or fail in how efficiently and directly these cash pots – whether the £5bn high street fund, the new wave of town deals, the Levelling Up or UK Shared Prosperity funds – are parcelled out to local delivery agents and put to immediate good use in restoring place prosperity.’