Ministers have announced a new £72m innovation hub to back their call for new techniques to be used in the construction industry.

The Department for Business, Energy and Industrial Strategy (BEIS) said the Core Innovation Hub will support the development and use of technologies such as digital design, advanced manufacturing, robotics, drones and augmented and virtual reality. 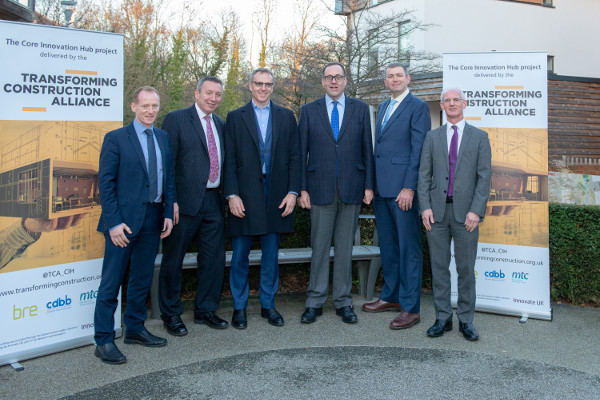 It said that while many of these techniques are used and proven in other sectors, such as automotive manufacturing, the hub will be a first for construction and that ‘increased use of technology will enable the sector to design and build faster, cheaper and more sustainably’.

Last week ministers called for more use of offsite assembly and digital technology after publishing a £600bn pipeline of infrastructure spending.

Officials said smart sensors and digital systems will be incorporated into buildings and infrastructure, so they can manage and maintain themselves, while the data they gather will enable help make towns and cities ‘better places to live, work and travel in’.

Business and industry minister Richard Harrington said: ‘We have the opportunity to revolutionise construction in the UK and the Core Innovation Hub will help us build smarter, greener and more efficient buildings much faster and cheaper than we do now.’

The Government has awarded £72m to the Transforming Construction Alliance (TCA) to deliver the hub following a nationwide competition as part of the Industrial Strategy Challenge Fund.

Appropriately, the hub itself will be both physical and virtual. The partners which will undertake work in their existing and new facilities, but will also collaborate among themselves and be the hub of virtual networks for other partners.

Officials said that ensuring that the UK’s construction industry is best equipped and fit for the future will increase safety on sites, with fewer workers put into dangerous environments. ‘This in turn will make the sector attractive to a more diverse workforce.’