Herefordshire County Council has scrapped plans for two major roadbuilding schemes near the city of Hereford, citing the climate emergency and the need to decarbonise transport.

The authority's full council, now led by a coalition of Green, Independent and It’s our County party councillors, voted to remove the Hereford Transport Package and South Wye Transport Package, which contained plans for the Western Bypass and Southern Link Road (pictured) schemes respectively, from its capital programme. 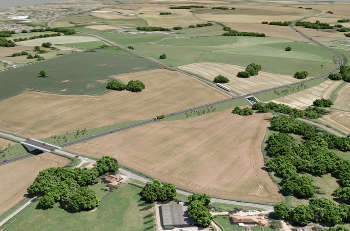 Together the two roads would have formed a full bypass for the A49, a strategic road that goes through the city. However, the council said work on the two schemes would stop.

The council’s cabinet decided in December to scrap the two roads but as both were included in the council’s core strategy and local transport plan only the full council could approve the decision to remove the two transport packages.

John Harrington, cabinet member for infrastructure and transport, put the cost of the two schemes at around a quarter of a billion pounds. He framed the decision in the context of the climate emergency and told councillors that it was ’entirely aligned’ with central government policy in respect of decarbonisation.

He said: ‘The world has changed greatly in the past twelve months, let alone the past five years or decade, which is when these current plans I am seeking to remove were formed.’

In a meeting that took place over Zoom, he added: ‘In the changed new post-COVID-19 world of Zoom, commuting habits are going to change for good.’ 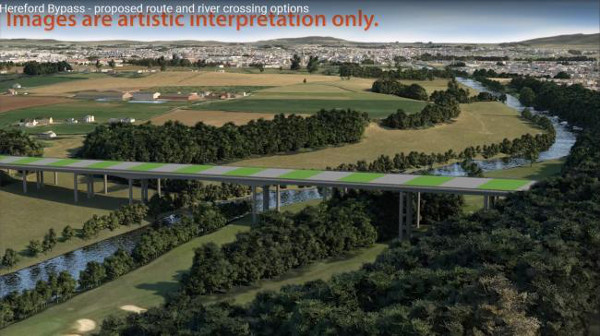 The council will now explore the possibility of a new road linking Rotherwas to the A438 Ledbury Road east of the city.

However, in response to a question from a member of the public, Cllr Harrington said: ‘This coalition has no intention of taking a link road, if that is found to be the solution, any further than the [A438] Ledbury Road.’

Stressing that the purpose of a possible new road was to add to the resilience of a river crossing, he added: ‘We are not simply trying to replace a western bypass with an eastern bypass.’