Highways England has been accused of drilling a large hole through a 6,000-year-old structure near Stonehenge as part of site preparation for its £1.6bn tunnel project.

The Telegraph reported claims from a local historian that engineers had dug a 30cm diameter hole through a stone platform on what had been the banks of a river at the archaeologically important Blick Mead site. 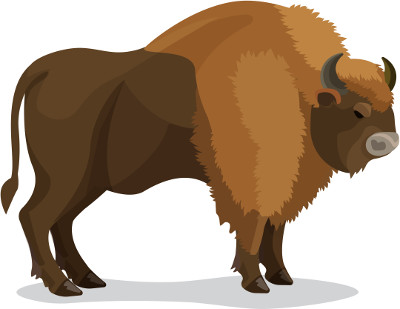 The paper said the platform from the Mesolithic era included the hoof prints of an aurochs (pictured), a type of prehistoric cattle.

Historian Andy Rhind-Tutt, 52, a former mayor of Amesbury and archivist for the Blick Mead excavation, told the paper that he had rushed to the site to find a hole had been drilled directly above the hoof prints.

He said: ‘Luckily I managed to stop them because they were planning to drill five holes. One is bad enough. It will be a miracle if they haven’t damaged the hoof prints. But even if they missed them we will never know what they did drill through.’

The paper said a pipe up to three metres long was encased in a concrete sleeve so the water level inside it can be measured and that Mr Rhind-Tutt estimated the hole to be around around 30cm in diameter.

David Jacques of the University of Buckingham, who is project director at the Blick Mead site, told the paper: ‘This is a travesty. We took great care to excavate this platform and the aurochs’ hoofprints. We believe hunters considered this area to be a sacred place even before Stonehenge. These monster cows – double the size of normal cattle – provided food for 300 people, so were revered.'

The drilling was part of attempts to establish what effect constructing the 2.9km tunnel, both of whose portals would be within the Stonehenge World Heritage Site, would have on the local water table.

Mr Jacques has expressed concern that the tunnel could cause the Blick Mead site, which has been preserved by high levels of moisture, to dry out.

He said: ‘If the tunnel goes ahead the water table will drop and all the organic remains will be destroyed. It may be that there are footprints here which would be the earliest tangible signs of life at Stonehenge. If the remains aren’t preserved we may never be able to understand why Stonehenge was built.’

Highways England did not directly deny that it had drilled through the platform but said the works at the site have been undertaken in ‘a highly professional manner with an archaeologist on site and with due care being exercised at all times’.

A spokesperson said: ‘No damage has been caused to archaeological layers. We notified Professor David Jacques of the locations of our water table monitoring, and have adhered to guidelines in carrying out the work. We have also kept Prof Jacques informed and we will be meeting him today [Thursday].’

The spokesperson added: ‘Our assessments so far indicate that construction of the scheme will have no significant effects on the Blick Mead area, and we are undertaking this further hydrogeological investigation at Prof Jacques’ request in order to ensure the scheme continues to have no significant effect on the Blick Mead area.'

Highways England said the equipment used was a piezometer and that the installation is a tube, 5cm in diameter. To protect this at the surface, it is placed within 15cm casing, 60cm in depth, with approximately 20cm penetrating the ground.