A survey of highways professionals has found the vast majority are sceptical about the industry's ability to adapt to the digital agenda, despite predicting an imminent 'tipping point' for digitalisation in highways contracting.

A survey of close to 500 members of the Chartered Institution of Highways and Transportation (CIHT) found that under a third (32%) believe that the industry is prepared for the shift required. 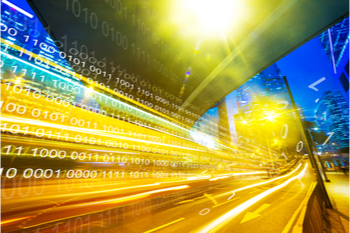 Training and a lack of consistency were frequently cited as reasons the industry is not ready to fully embrace digitalisation.

However it also found 80% of senior highways construction professionals believe the digital agenda is set to become dominant in the market.

The issue has been much discussed in recent years as the industry fights to resolve a severe lack of growth in productivity.

More than eight in every 10 (83%) highways construction professionals believe it is very or extremely important to apply digitalisation principles and technology.

The majority (86%) of highways professionals believe that digitisation will change the skills needed in the sector.

'We see investment in digital technology and skills as important as ethical values of being a sustainable business. Profound changes to our industry are coming,' said Scott Wardrop, chief executive officer at Eurovia.

'Vehicles are becoming more intelligent pressure is mounting for carbon neutrality and we have to do things differently. We simply have to invest in technology to move forward and to communicate better.'

He added that the industry 'needs a single voice that talks to government on highways'.

The survey was conducted in partnership with Causeway, a leading provider of digital solutions for the construction industry.

'Whilst organisations are clearly aware of digitilisation, there seems to be a reticence to fully engage, maybe this is down to a perception of cost. Our role is to highlight and quantify the benefits that these technologies can deliver and ensure that savings are realised,' said James Atkinson, EVP Causeway.

Globally, construction sector labour-productivity growth averaged 1% a year over the past two decades, compared with 2.8% for the total world economy, according to research from McKinsey in 2017.

McKinsey’s research highlighted a lack of digitisation in contracting and on-site working as major contributors to poor productivity.