Sue Kershaw has joined Costain as managing director of its transportation division, where she will be responsible for the highways, rail and aviation sectors. 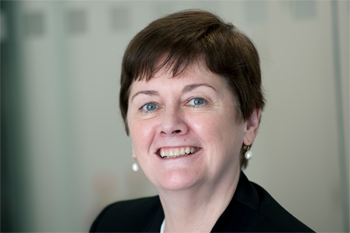 She will join the Group’s executive board and report to chief executive officer Alex Vaughan.

Costain said Ms Kershaw, who is a civil engineer, has a strong track record for driving complex, high profile transport and construction programmes to delivery.

She is currently president of the Association for Project Management, a member of the Mayor of London’s Infrastructure Advisory Panel and a Royal Academy of Engineering visiting professor at the Bartlett School of Construction and Project Management, University College London.

Prior to that, she was UK infrastructure head of programme management for KPMG Major Projects Advisory.

Previous positions include director of rail, Europe at CH2M and deputy director of transport for the Olympic Delivery Authority. She started her career with Taylor Woodrow.

The news comes after Costain's chief operating officer, Darren James, announced an end to his 30-year spell at business this spring.

He is moving on to become Keltbray’s new chief executive.