Work to demolish the Churchill Way flyovers in Liverpool will get underway next week using what the council called an ‘innovative methodology’ to keep traffic flowing.

The works will begin on Monday (2 September) and are due to be to be completed in December.

The ‘hyper-sensitive’ process, devised collaboratively between Amey Consulting, GRAHAM and their specialist contractors, will cost £6.75m and see the half-century old structures come down in sections up to 25 metres in length. 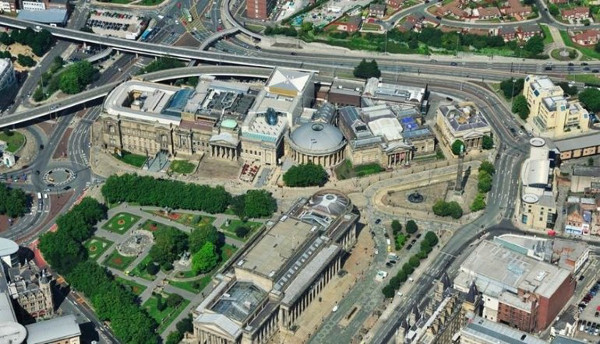 They were closed in September 2018 following the discovery of construction flaws.

Liverpool mayor Joe Anderson said: ‘The Churchill Way flyovers are a relic of a cancelled highways plan from half a century ago and given the overwhelming weight of evidence from independent experts about their safety, their removal was the only viable option. We simply have no choice but to take them down as soon as possible.

‘This deconstruction is going to be a complex process. It cannot be done overnight and a lot of thought has gone into the methodology to ensure the inconvenience to city centre traffic and surrounding buildings is kept to a minimum – but people need to understand that this is going to cause a huge amount of unavoidable disruption.’

The council said motorists will at times be advised to only drive if absolutely necessary, and instead to walk, cycle or take the bus or train.

It added that the process has also been devised to minimise vibrations to protect antique art and cultural collections, as well as wildlife housed at the Walker Art Gallery, Central Library and World Museum Liverpool – all of which sit next to the south flyover.

Each span – weighing between 300 and 600 tonnes – will be temporarily supported, before being cut free and moved on to a special transporter to a nearby compound, where it will be lowered to ground level, cut into smaller sections and removed off site to be crushed.

A total of 20 spans and supporting piers will be removed over a four-month period.