Highway authorities could be saving millions and reducing CO2 emissions if they switched to warm mix asphalts (WMA) on road construction and maintenance, MPs have said.

Members of the All Party Parliamentary Group (APPG) on Highways have released a report on the environmental, safety and performance benefits of warm mixes.

WMA can be produced at temperatures up to 40C lower than traditional hot mixes, which are often laid at 190C. 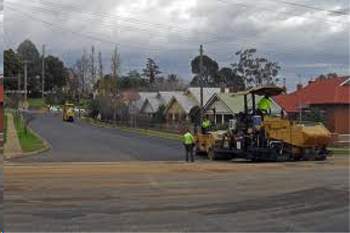 The warm material can reduce CO2 emissions by around 15%, depending on product and plant. It also cools quicker so jobs can be open to traffic sooner and cuts fumes in half for every 10C reduction in temperature, creating a safer working environment.

Red tape and a reluctance to try new ideas are said to be the blockers to a wider roll-out.

The material already accounts for almost 40% of production in the USA and over 15% in France but represents just 4% in asphalt production in Britain.

If all asphalt production in Great Britain were switched to warm mix it would save, at least 61,000 tonnes of CO2 – the equivalent of almost 300 million miles of car journeys, the report states.

Highways England - the national roads operator - estimates that an increase in shift outputs of 20% could be provided by using warm mixes on its network saving up to £70m a year.

Richard Hayes, chief executive of the Institute of Highway Engineers, said: ‘the use WMA of within the UK will significantly support the reduction in the carbon footprint of road surfacing. However, this is not the only benefit as warm mixes allow the new surface to return to traffic use much earlier thus reducing delays.’

The report states: ’sticking with the status quo means that the specifications and guidance used in contracts by highways authorities continue to lag behind advances in product technologies - requiring expensive and prolonged retendering or "departure" processes to secure approval for warm mix asphalts’ use.’

In July 2019, Highways England published clauses in its specifications for highways works to explicitly include WMA, which the APPG said was a ‘positive step, but more needs to be done to remove the remaining practical and procurement barriers that prevent existing client support for warm mix asphalts performance leading to its broader adoption.’