Work to upgrade a section of the York Outer Ring Road to dual carriageway, which was announced by Chris Grayling two years ago, may not start until 2023.

The project was one of five that the then transport secretary told the October 2018 Conservative Party conference would be funded as part of the major road network.

Last year the Department for Transport approved £25m in principle for the £28m scheme to dual the road from A19 Shipton Road to the A1036 Little Hopgrove, which progressed to final business case stage.

City of York Council told Highways that it has not yet produced its full business case, which will be completed 'in due time'.

In the meantime, the council is consulting on its plans and said that, subject to planning consent, construction work is expected to commence in mid-2023 and last for two years. 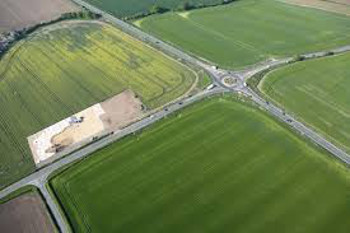 Five are part of the section to be dualled while the Wetherby Road roundabout (pictured, right), which was completed last year, is not.

The council said the remaining five roundabouts will be enlarged to a similar size and standard.

It will not be introducing any grade separation at junctions, ‘as this would be significantly more expensive than current proposals, and would not be cost-effective due to the prohibitively high cost of the structures involved and extra land required’.

The dualling scheme will involve the construction of two bridges – one over the York to Scarborough railway line, and another over the River Foss.

The roundabouts from Clifton Moor to Monks Cross will be upgraded

Deputy leader and executive member for transport Andy D’Agorne, said: ‘These upgrades give us a great opportunity to integrate sustainable travel infrastructure into a significant part of the city’s road network.

'By providing a more attractive option it will also help reduce the number of journeys through the city, allowing us to create a better environment for people to walk and cycle, whilst helping to improve air quality.

‘Creating safe walking and cycling routes alongside and across the ring road will also help to make possible more sustainable transport options for residents of the outer villages and reduce severance impact of the ring road.’

The council the northern sections of the A1237 have been prioritised ‘as the most beneficial to be upgraded at this time, with the largest impact on reducing congestion and delays.

It said it does not have funding to progress upgrading further stretches of the road to the west of the city, ‘especially the busy sections which cross the River Ouse and the East Coast railway line. This is due to the prohibitive expense of the new structures, such as bridges, required’.

‘However we continue to pursue further funding opportunities to help realise the aspiration of full dualling of all of the A1237 in the future.’

Officials pointed out that the A64, which effectively forms a ring road around the south and east of the city, is part of the strategic road network.

Last year Highways England said it had completed a feasibility study to establish the case for a junction improvement at Hopgrove, where the two roads meet.

‘This scheme proposes to reduce these by improving road standards.’ 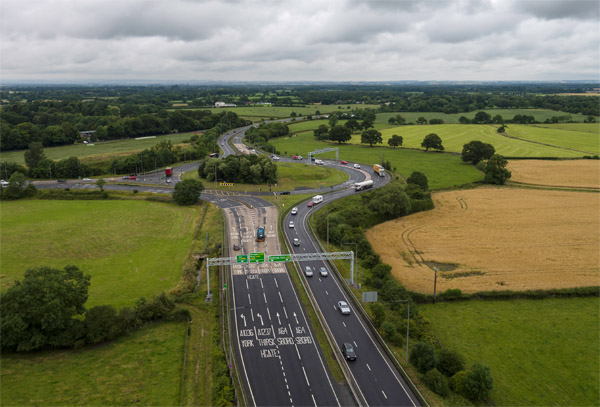 The A64 Approaching Hopgrove roundabout, with the A1237 to the left