National Highways has selected the MORE joint venture as its preferred bidder for the £1.25bn contract for the tunnel and main construction work for the A303 Amesbury to Berwick Down scheme at Stonehenge.

However, the planning application for the scheme is still pending redetermination by transport secretary Grant Shapps after his decision to grant the Development Consent Order against the advice of the Planning Inspectorate was quashed. 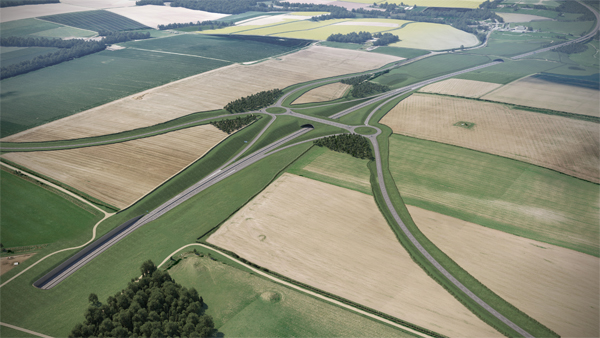 National Highways said that to ensure programme timescales are maintained in the meantime, it has selected the MORE joint venture - comprising FCC Construcción, WeBuild and BeMo Tunnelling - as the preferred contractor.

Project director Derek Parody said: ‘The announcement of a preferred bidder in no way pre-empts any decision, and once that is finalised, and should the Development Consent Order be granted, having a contractor in place will put us in the strongest possible position to deliver this transformational scheme and deliver the benefits we know it can.'

National Highways added that the announcement followed a robust procurement process, a major part of which required shortlisted tenderers to develop their design solutions and demonstrate these as compliant with its requirements.

The MORE JV has enlisted a consortium comprising Atkins, Jacobs and Spanish designer Sener as the design joint venture.

Mr Parody added that, despite the contract being awarded to a foreign consortium, ‘they will be making best use of considerable UK skills by using a range of local, regional and national suppliers and contractors to help them deliver the scheme’.

In a statement, the joint venture said: ‘For the companies that are part of the MORE JV this project is a clear example of the development of sustainable, innovative infrastructures that not only provide traffic solutions but also improve people’s quality of life.’

The Main Works Contract covers the construction of the proposed tunnel’s civil, structural, mechanical, electrical and technology components, including the tunnel boring machine, along with the approach roadworks and structures and the environmental components of the five-year construction phase.

National Highways added that it is finalising the process of awarding a Delivery Assurance Partner Contract, up to the value of £60m, but did not give a timescale for this.