A new 7km section of dual carriageway on Northern Ireland’s key A6 route has opened to traffic.

The stretch of road between Randalstown and Toome opened on Monday (5 August) after a weekend closure of the Moneynick Road to allow works to link the new dual carriageway with the existing road network. 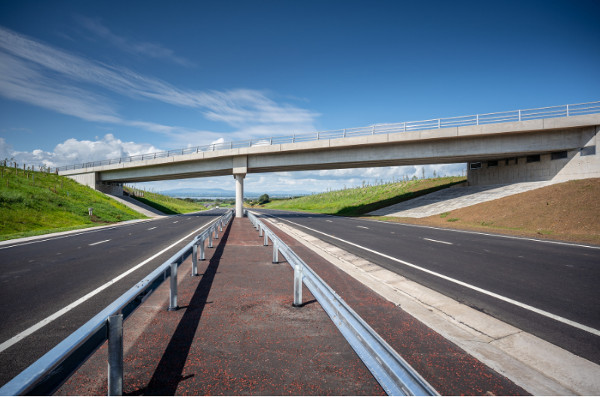 It represents nearly all of the first (7.3km) phase and approximately half of the £185m A6 Randalstown to Castledawson Dualling Scheme, which will upgrade 14.7km of the A6 North Western Transport Corridor between Randalstown and Castledawson.

The project is being delivered for the Northern Ireland Department for Infrastructure (DfI) by Graham Farrans Joint Venture,

The DfI described the opening of a section of the route as ‘a positive step forward in the project and welcome news for the 20,000 vehicles using the route each day’.

It said the flagship project will strengthen the links between Belfast and the North West of the country and bring long-term benefits to road users and the local community.

Works will continue at the M22 Junction 3 at Randalstown for a further four weeks.

The DfI said the entire Randalstown to Toome section will be formally opened when these works are complete.

Preliminary works commenced on the project began in October 2016 with main construction commencing the following year.

The project was originally due to be complete in 2020 but the Toome to Castledawson section is now expected to open in 2021.