Transport for London (TfL) has launched an online service to make it easier for people to report problems on the road network and at bus stops. 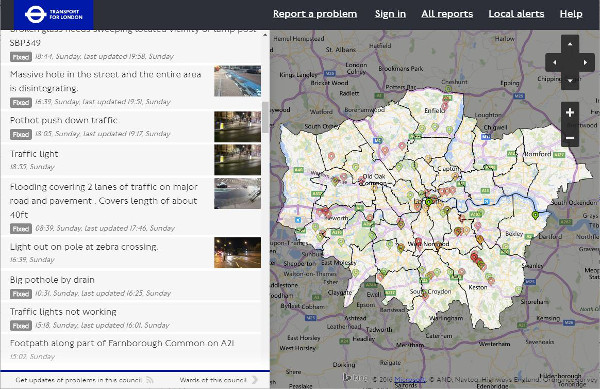 TfL will investigate problems reported through the service and the map allows everyone to see what action has been taken, as well as showing whether the problem has already been reported.

Director of network management Glynn Barton said: ‘The TfL Street Care service will give people more information about the work we are doing on London’s road network and at bus stops and reassure Londoners that we really care about getting things fixed.’

TfL's network covers 5% of the capital’s roads and carries 30% of its traffic. If the reported problem is on another authority’s roads, the service will send the details of it to the relevant team.

The site can also be used to report a wide range of other issues on the road network, including graffiti and flyposting, problems with hoardings, scaffolding, mobile cranes, street lights and damaged trees.

Street Care has been developed with social enterprise mySociety, which ‘develops new technology that gives people the power to get things changed’, including TheyWorkForYou and WhatDoTheyKnow.

Chief executive Mark Cridge said: ‘This is a great step forward and shows just how well our platform can knit in with other systems to ultimately produce more connected, efficient city services.’