Provisional figures released this month show that 56 people died on the country’s roads during 2020, which was the same number as the previous year. In 2018, 55 people died. 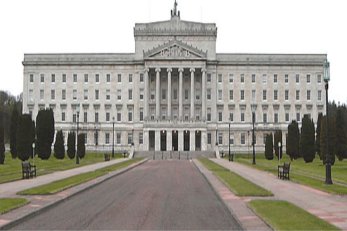 In a statement, infrastructure minister Nichola Mallon said it was ‘disheartening that, with less traffic on the roads during the year, the same number of deaths have still occurred compared to 2019’.

The Department for Infrastructure (DfI) has responsibility for all roads in the country.

DfI officials told Highways that Ms Mallon had agreed to extend the existing (2011-2020) Road Safety Strategy by six months while a new one is developed.

A spokesperson said: ‘DfI officials are working on a new Road Safety Strategy. This work has unfortunately been delayed by the COVID-19 crisis and more recently by the work on Financial Assistance Schemes.

‘The Department takes responsibility for promoting and improving road safety very seriously and continues to take action to support the continued reduction in the number of people killed or seriously injured on our roads. We expect to be in a position to issue a draft Road Safety Strategy for consultation by March 2021.’

During the past year Ms Mallon has announced a programme of part-time 20mph speed limit schemes at around 100 schools across Northern Ireland, as well as action to crack down on drink driving and mobile phone use while driving.

Of the people killed on Northern Ireland’s roads last year, six were pedestrians and four were pedal cyclists, with eight motorcyclists killed and one pillion passenger. Twenty-six were drivers and a further nine passengers in vehicles. Two ‘other’ road users were killed.

A total of 492 were seriously injured until 31 October 2020, a decrease from 652 at the same point the previous year. A final total will not be confirmed until the spring.

Picture shows Parliament Buildings, often referred to as Stormont, the seat of the Northern Ireland Assembly, the devolved legislature for the region.