MPs have warned of a potential ‘lottery’ in electric vehicle (EV) charging and called for a clear policy framework to ensure that industry can deliver the vehicles and infrastructure required to phase out conventionally powered cars and vans.

In a new report, the Transport Select Committee has set out a raft of recommendations to Government to boost the production and purchase of EVs. 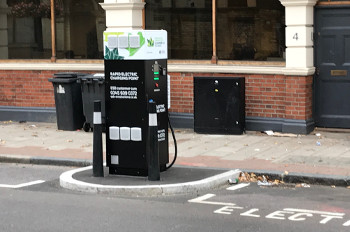 Unless charging habits change, or the National Grid is strengthened, the charging needs from millions of new electric vehicles could cause blackouts, the MPs said.

MPs also pointed out that while accessible and reliable charging infrastructure must be available by 2030, drivers who live in rural or remote areas or without off-street parking risk being left behind.

Committee chair Huw Merriman MP said: ‘Putting guarantees in place on infrastructure is crucial but one report after another flags concerns to Government about the provision of electric car charging infrastructure. Let ours be the last: it’s time that ministers set out the route map to delivering a network of services for everyone across the UK.

‘Unless the National Grid gains more capacity, consumer behaviour will have to alter so that charging takes place when supply can meet the additional demand. The alternative will be blackouts in parts of the country. We also cannot have a repeat of the broadband and mobile not-spot lottery which would mean those in remote parts cannot join the electric vehicle revolution.’

MPs said that with charging at home substantially cheaper than on-street charging, pricing must be fair for people who charge their electric vehicles in public spaces.

The committee welcomed the Government’s commitment to regulate interoperability between charge points and pricing transparency for public charge points later this year: ‘However, mandating industry to use pricing to move consumer behaviour towards a little and often refuelling habit will also help.’

MPs said the Government must: