Latest figures suggest Scotland achieved mixed results in road safety last year, with another record breaking drop in overall casualties but an increase in the number of people killed on the roads.

Official provisional statistics reported that 160 people were killed in reported road accidents in Scotland in 2018, 15 more than in 2017 - roughly a 10% increase. 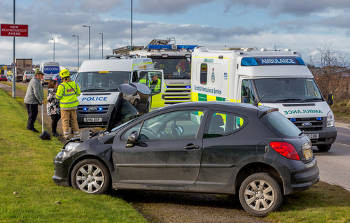 Data on the number of casualties goes back to 1938 with annual collection of data starting in 1950.

Scotland is making progress on all five of its core road safety targets under its road safety framework for 2020 - from its 2004-2008 baseline - but so far is on track to only reach three of them:

The figures also show that in 2018 there were 756 child casualties in reported road accidents, a decrease of 16% since 2017; however this included three fatalities, one more than 2017.