The number of people killed on Scotland’s roads rose by 11% last year, according to official statistics.

Transport Scotland has published final figures for 2018, which show a slight rise in the number of killed or seriously injured (KSI) casualties but a significant fall in overall casualties. 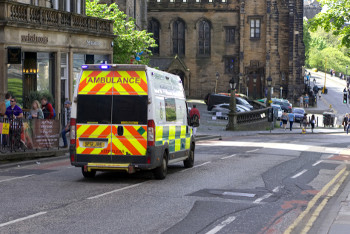 Fatalities in the country have seen a pattern of significant falls followed by increases in recent years. Fatalities had fallen in 2017 following an increase in 2016. The 2015 total of 168 fatalities represented a fall of 17% on the 2014 figure of 203, which was an 18% increase on the previous year.

Last year's fatality total represented a reduction of 50% on the 2004-2008 baseline against which the Scottish Government has a target of a 40% reduction by 2020. The 2018 total represents a cut of approximately 45% against this baseline, similar to 2016.

The Scottish Government’s cabinet secretary for transport, infrastructure and connectivity, Michael Matheson, said: ‘While we continue to exceed our 2020 reduction target for fatalities, I would stress again that this fact provides no comfort to the friends and family of those who have sadly lost their lives.

‘Road deaths are not an inevitability and they should not be expected to happen. We are committed to working with our partners to secure the ultimate vision established in Scotland’s Road Safety Framework to 2020 – Vision Zero – where no one is killed on our roads.’

Transport Scotland said the statistics were produced by independent statistical staff ‘free from any political interference’.

Officials pointed out that Scotland’s overall road 2018 death rate of 30 per million population was the fifth lowest of 42 countries surveyed in provisional international comparisons.

However, the country’s casualty rates were 8% higher than in England and Wales in terms of the number of people killed but 28% lower for serious casualties and 40% lower for all severities.