Transport secretary Grant Shapps has announced that 'green' number plates for electric vehicles will be rolled out across the UK from the autumn. 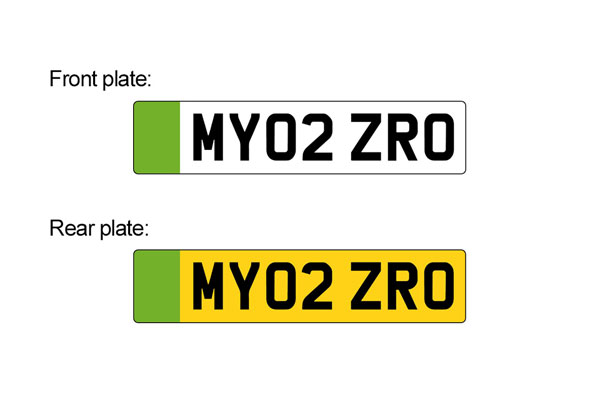 The Department for Transport (DfT) said the move would encourage drivers to make the switch to electric vehicles as the plates will make it easier to identify zero emission vehicles, ‘helping local authorities design and put in place new policies to incentivise people to own and drive them’.

The plates, which will be available for zero emission vehicles only, will not actually be green, as originally mooted (pictured below), but will be identifiable by a green flash on the left-hand side.

Officials said drivers could benefit from initiatives such as cheaper parking and cost-free entry into zero-emission zones where those with a green number plate will be recognised as eligible. 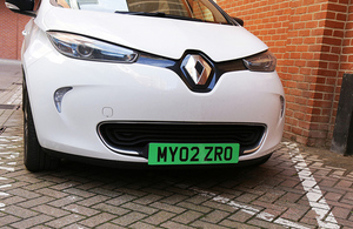 However, the DfT’s own consultation on the proposals recognised that compliance with such incentives would be enforced by Automatic Number Plate Recognition (ANPR) - which looks at the registration number rather than the colour on the plate.

In its response to the consultation, the official surveillance camera watchdog warned that the move could compromise the wider use of ANPR.

Mr Shapps said: ‘Green number plates could unlock a number of incentives for drivers and increase awareness of cleaner vehicles on our roads, showing people that a greener transport future is within our grasp.’

The cash, made available through the Office for Low Emission Vehicles (OLEV) and delivered through Innovate UK, will see £10m for a new Zero Emission Vehicle Innovation Competition. This will invite applicants to bid for project funding to support advancements in both battery electric and hydrogen vehicles, as well as charging infrastructure.

OLEV is also providing £2m to UK small and medium businesses to support their research into zero-emission vehicles in areas such as battery technology, which officials said could be used by major vehicle manufacturers in future electric vehicle production.

Mr Shapps added: ‘We’re supporting small businesses to develop the transport tech of the future through a multi-million pound investment, ensuring that UK businesses remain at the forefront of low carbon innovation and research.’