As Transport for London's lane rental scheme approaches a decade of operation, the capital's transport authority celebrated the £25m it has raised for 79 projects to improve roadworks.

The lane rental scheme was launched in 2012 with the aim of reducing the disruption caused by road and street works by charging a daily fee for digging up the busiest sections of London’s roads and pavements at the busiest times.

The extra cash raised has been used to find new ways of making London’s roads more efficient by reducing delays caused by utility works and other road works. 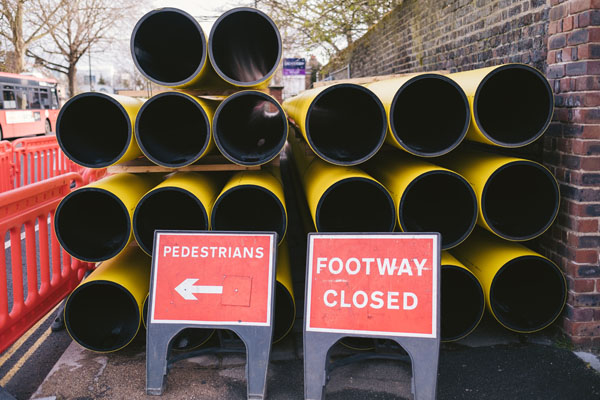 The scheme includes works on footways

Projects to receive funding from Lane Rental include:

The technology uses a special thermoplastic material to create a new lining within an existing pipe that has leaks. This significantly reduces the number of holes that need to be dug on a road to reach the water main.

On Seven Sisters Road, over 500m of pipework has been replaced using a small number of excavations, causing less traffic disruption than a full pipe replacement.

TfL extended the lane rental scheme in May to charge for roadworks on 20 of the capital’s footways, charging £350 per day for works that have an impact on the busiest areas of pavement in the capital, to minimise disruption to people walking.