A major alliance of transport and planning groups has called for the Government to allow councils to set maximum parking standards for their areas under potential changes to the National Planning Policy Framework (NPPF), in order to combat urban sprawl and congestion.

The group states that maximum parking standards – whereby planning authorities can set an upper limit of off-street parking spaces for a development – are 'a very important tool in the planning and development of our towns'. 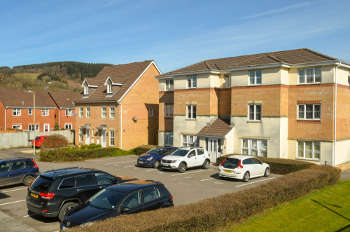 The news comes as the government considers responses to its draft revised text of the NPPF, following a consultation which closed on 10 May.

In response the Local Government Technical Advisers Group (TAG), the London Forum of Amenity and Civic Societies, the Chartered Institution of Highways and Transportation, the Transport Planning Society and the Campaign for Better Transport said they 'strongly support the need for maximum parking standards'.

The proposal made by the groups states that the Government should delete the first sentence of draft revised NPPF para 107, which reads: '‘Maximum parking standards for residential and non-residential development should only be set where there is a clear and compelling justification that they are necessary for managing the local road network.’

Highways spoke to Michael Bach, a senior adviser to TAG, who gave the following analysis in support of the proposed change:

‘In setting standards, the NPPF advocates taking the local situation into account. However, the strong language is a real discouragement. It’s inappropriate. Local authorities only need to conform generally to the NPPF not in detail but they need to show why they have departed from it. The Planning Inspectorate must consider the NPPF and, as written, this is a very high test.’

Highways asked about current air pollution concerns and why the Government is proposing this change now?

‘There is a lack of joined up thinking. Someone will have lobbied for this revision to be written the way it is. There is no link with whatever else the Government might be trying to do.’