The Scottish Government is facing calls to adapt its approach to the Bellwin emergency scheme to help cash strapped councils hit by extreme weather. 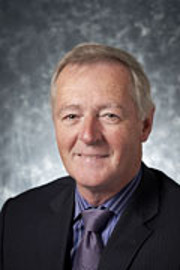 winter maintenance budget due in part to extra overtime costs for drivers.

A spokesperson for the Highland Council, which recently disclosed that it had forecast a multi-million pound overspend on its winter maintenance budget, told Highways: ‘Highland Council is preparing a claim under the Bellwin Scheme that it hopes will be viewed sympathetically.’

The council’s forecast overspend had already arisen before the recent Beast from the East extreme weather, following ‘a combination of the weather conditions experienced and the timing of the most severe episodes’, including cold weather at weekends and over Christmas leading to high overtime payments.

Cllr Allan Henderson (pictured), chair of the Highland Council's Environment, Development and Infrastructure Committee, told Highways this week that the forecast overspend was heading towards £2.2m and was expected to rise further with more cold weather due at the weekend (17-18 March).

He called for the devolved government to consider mechanisms to support councils that have incurred costs not covered by the Bellwin scheme, which presently covers overtime costs if incurred either during an emergency or to catch up on work from which they were diverted by an emergency.

He said: ‘Exceptional conditions may not be the heavy dumps of snow that affected certain parts of the country, but we’ve had this continual freeze, thaw and quick freeze again, which has really caused us major problems.

'It would be useful to know if there was something similar to the Bellwin scheme that would kick in for that. I think the Bellwin scheme is good because there will always be natural disasters with snow occurences. It’s good that it’s available that way. But it would be nice to know that there was something else in tandem to be able to cover the anomalies that may crop up, rather than it being very prescriptive as it is.’

Cllr Henderson said that such payments should not be based on councils simply predicting shortfalls or overspend as this could encourage councils to set low budgets. He said: ‘We’ve always tried to set a reasonable budget for what we could call a reasonable winter, a normal type winter.’

In Scotland, the devolved Government has already activated the Bellwin scheme, under which central governments reimburse councils for additional spending in ‘exceptional incidents’ such as weather or flood emergencies. 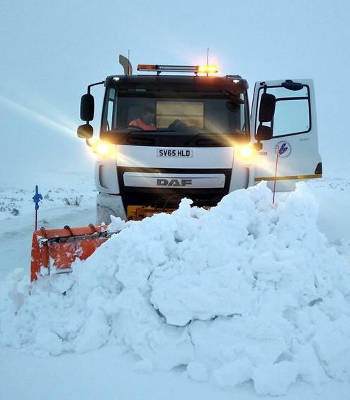 Separately, the Welsh Government is in discussion with council leaders over the possibility of providing additional funding, which could include triggering the Bellwin scheme in that country.

Representatives of the Welsh Local Government Association (WLGA) are due to meet the devolved Government next week following a request for councils to provide details of their additional costs after severe weather hit the country, particularly in the South.

A WLGA spokesperson told Highways that this could involve additional funding support within or outside the Bellwin scheme. A spokesperson for the Welsh Government confirmed that it was considering providing funding under the Bellwin Scheme.

The spokesperson said: ‘We appreciate all of the hard work done by council staff and their contractors [recently].  We have asked the Welsh Local Government Association to provide more details about the additional costs incurred by the authorities due to the abnormal weather conditions experienced across Wales.’

The UK Government has not implemented the Bellwin scheme. The Ministry of Housing, Communities and Local Government did not directly explain its decision but told Highways that it has well-established processes in place for local authorities who have encountered emergencies and require additional support and had contacted local responders to ensure the best possible support for communities affected by the recent extreme weather.

£24,313 to £34,788
An excellent candidate is required to prove to have the desire and ambition to progress and develop into an exciting career, and... North Yorkshire
Recruiter: North Yorkshire County Council