£27bn for national roads and £2.5bn for potholes

Chancellor Rishi Sunak announced more than £27bn will now be spent under the second Road Investment Strategy (RIS2) between 2020 and 2025, as he also pledged an extra £2.5bn for local road maintenance in the Budget.

Councils will get an extra £500m a year from 2020-21 to 2024-25 through the new Potholes Fund. The Treasury said the cash will 'fix up to 50 million potholes...but will also be available for local authorities to undertake longer-term road resurfacing works to prevent potholes from appearing in the first place'. 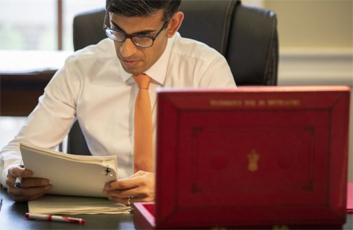 Officials said this would see ‘a 50% increase to local road maintenance budgets in 2020-21’.

The Conservative manifesto for December’s election pledged: ‘We will launch the biggest ever pothole-filling programme as part of our National Infrastructure Strategy – and our major investment in roads will ensure new potholes are much less likely to appear in the future.’

However, as Transport Network has reported, the National Infrastructure Strategy itself has been delayed. Officials said it would be published ‘later in the spring’.

Mr Sunak said: 'Today I am announcing the biggest ever investment in strategic roads and motorways - over £27bn of tarmac. That will pay for over 20 connections to ports and airports, a hundred junctions, and over 4,000 miles of road.'

The Government will take forward schemes such as ‘building a new, high-quality dual carriageway and a two-mile tunnel' at Stonehenge and ‘building the Lower Thames Crossing’ (LTC).

Funding for the tunnel and the road links for the LTC have been in doubt since former chancellor Philip Hammond banned existing forms of PFI. Both were previously outside the RIS.

Both schemes are now within the £27bn costing for the RIS, which was previously costed at £25.3bn. If the full cost of each is included in the new total, it appears that some schemes elsewhere have been cut to cover the additional cost.

The chancellor said the Department for Transport would publish details later on Wednesday, although it remains unclear whether this will include the statutory RIS document itself, which is already overdue.

Mr Sunak described the A303 at Stonehenge as 'one of those totemic projects symbolising delay and obstruction, adding: 'Governments have been trying to fix it since the 1980s.'

He said: 'To the many honourable and right honourable members who have campaigned for this moment – I say this: 'The A303 - this Government’s going to get it done.'

The Budget also confirms the development of 15 local road upgrades across the country, including ‘junction improvements to the A350 in Wiltshire, a link road connecting Chesterfield to Staveley, and a dual carriageway in Warwickshire’.

It is unclear how the cash for local road maintenance will be distributed. Officials added that the cash will particularly benefit regions who have more streets to look after than other areas, like the South West, the East of England, and the North West and that authorities will be able to target places based on local need, 'meaning that areas with more bumps in the road can be fixed first'.

Speaking ahead of the set-piece announcement, Shadow chancellor John McDonnell, criticised the Government for ‘shelving the National Infrastructure Strategy in place of a gimmicky grab-bag of projects’.

He said: ‘This rehash of Theresa May’s pothole fund is another policy announcement that shows the Tories trying to patch up problems they have created without getting a grip on the underlying state of infrastructure in this country.'