Electric cars will not solve issues of pollution and climate change or tackle the dominance of the vehicles on roads and footways, local government place directors have been told.

Speaking at the ADEPT conference, Xavier Brice, chief executive officer at walking and cycling charity Sustrans, cited the ‘social norm’ of people parking ‘thoughtfully’ on the pavement to make room for other vehicles as an example of how vehicles dominate road space.

He said: ‘If there’s not a bollard, it’s fair game to put a car there.’ 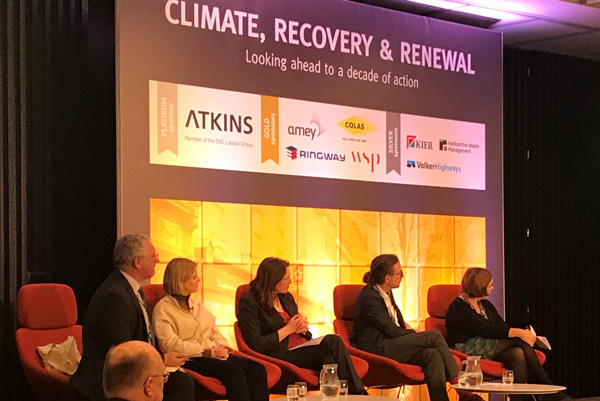 He added: ‘I don’t think our movement societally away from [the private motor car] is a given. I was at COP last week, and it’s clear that the three-and-a-half-trillion-dollar global car industry has woken up and smelt the coffee, and it’s realised that phasing out petrol and diesel is an opportunity to sell the car owner a new one-tonne metal box to get around.

'And it’s got the support of national government and the halo of saving the planet wrapped around it. And that remains a fundamentally unsustainable way to get around.’

Mr Brice cited evidence from Norway, which he said has the highest concentration of electric vehicles (EVs) in the world. People with EVs in the country drive further he said, and warned of a ‘real danger of fetishizing convenience’.

‘The answer isn’t to switch to electric vehicles because it’s optimising and solving [the path to] net zero. The danger of optimising for one thing is all the unintended consequences.’

Picking up on the point, Tony Page, deputy leader and lead councillor for strategic environment, planning and transport at of Reading Borough Council, said: ‘Can we finally get the message across that electric vehicles are not the panacea? They still cause congestion. The manufacture of an electric car is as damaging in carbon terms as a diesel car. The only benefit is the tailpipe emissions.

‘Battery production – what a horror that could be. PM 2.5 from breaks and tyre wear, just as damaging. So messaging from the department might be to discourage the use of private cars and focus on the alternatives of walking, cycling and public transport.’

Mr Brice also pointed out that the UK Government’s roads programme for England is forecast to add 20 million tonnes of carbon dioxide to the atmosphere.

In response, Peter Molyneux, major roads director at Transport for the North, told delegates that work the organisation had done on future travel scenarios showed that the car is likely to remain the dominant force.

Mr Brice also said the thought the ‘noise’ around the removal of cycling infrastructure schemes, such as the row over one in Kensington High Street is ‘a bit of a distraction’ and takes attention away from the schemes that stay in place and makes politicians ‘really afraid’ of putting in new schemes.