Charity calls for overhaul of cycling network with ‘historic problems’

A national cycling charity has called for an ‘overhaul’ of the UK’s cycle network, a move it argues could help add nearly £8bn to the economy.

Sustrans has published a report into the state of the 16,500-mile National Cycle Network and laid out a long-term plan to make it safer and more accessible. 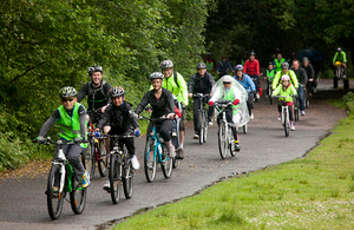 Founded by Sustrans with help from a National Lottery grant awarded in 1995, the network has, in the words of the charity’s CEO Xavier Brice, ‘historic problems’.

Over half (57%) of the UK population lives within a mile of the cycle network. However, Sustrans argues major improvements for access and safety are needed to open it up to everyone, including children and wheelchair users.

Only 54% of the network is currently suitable for a 12-year-old to use safely, a road safety benchmark set by the Government.

While a third of the paths on the network are separated from motor traffic, on-road sections still account for 68% of routes and include nearly 2,000 miles of busy A and B roads, according to the Sustrans report.

Launching the report, entitled Paths for Everyone, at the Houses of Parliament, Mr Brice described the network as a ‘well-loved, well-used asset’.

However, he added that ‘historic problems such as poor surfaces, incomplete signage and barriers mean that for people with mobility issues or those of us who are less physically active, there may as well be a “no entry” sign on their local path.’

Paths for Everyone sets out 15 recommendations for local authorities, landowners and national governments and agencies, including a proposal to remove or redesign 16,000 barriers on the network.

‘Many disabled cyclists use parts of the National Cycle Network, whether on bikes, tandems, hand-bikes or trikes,’ said Isabelle Clement, director for the charity Wheels for Wellbeing.

‘But we are too often limited in the cycling we can do by the inconsistent quality of paths, the presence of stiles, stepped bridges, etc., which literally block our path.’

The report also recommends doubling the number of paths away from cars, from 5,000 to 10,000 miles and diverting all routes off busy and fast moving roads onto new quiet-way roads.

Adopting a new quality design standard for paths, including width and surface so all routes are classed as ‘very good’ or ‘good’ by 2040 was also put forward in the report.

Sustrans estimates that the overhaul will double the number of people travelling on foot, by bike or in a wheelchair up to 8.8 million.

These trips will generate £7.6bn in economic and local benefits every year, as a result of reduced road congestion and health benefits from increased exercise.

‘Politicians across the UK are grappling with problems like congested roads, air pollution and increasing levels of obesity,’ said Mr Brice.

‘In pure transport terms, the National Cycle Network presents a huge opportunity to transform the way people travel. But the benefits of investing in the network will be seen right across government, like relieving pressure on the NHS budget.’

‘Trips on the network benefit the UK economy by £88m through reduced road congestion and contribute £2.5bn to local economies through leisure and tourism,’ he continued.

Amey makes friends in the north with £180m Area 12 deal

£22,183 - £32,234
The role is to identify maintenance repairs and improvements and to work with Community Groups and Partners, dealing with Cambridgeshire
Recruiter: Cambridgeshire County Council

£49,827 - £52,866 p.a. inc.
An exciting opportunity to help shape transport in the borough has arisen. Brent’s population is growing and with this comes increased pressure on... Brent, London (Greater)
Recruiter: Brent Council