Ministers have announced plans for a new assurance system covering the development, testing and eventual sale of driverless cars.

However, the new system will initially cover advanced trials on UK roads, something the Department for Transport (DfT) has already said it is developing a framework for. 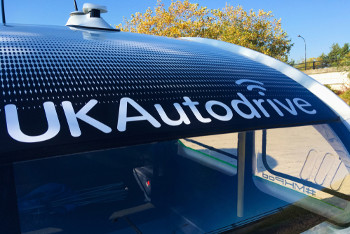 The DfT said CAV PASS, the new safety regime ‘being pioneered in the UK’, has ‘further cemented the UK’s position as a world leader in the safe testing and roll-out of self-driving vehicles’.

It was announced on Wednesday (4 September) by George Freeman, minister of state for the future of transport, at the Cenex-Low Carbon Vehicle conference at the Millbrook-Culham testing environment.

Officials said the Government is still developing an assurance system ‘using its world-leading expertise in vehicle safety and cyber security within government, industry and academia’ to that ensure self-driving vehicles are safe and secure by design and minimise any defects ahead of their testing, sale and wider deployment on UK roads.

Mr Freeman said: ‘Self-driving vehicles can offer significant rewards for the UK’s economy, road safety and accessibility. We are determined to lead in the testing and development of safe autonomous transport.

‘This is new terrain, and with our national expertise the UK is well-placed to blaze the trail globally by developing a global benchmark for assuring the safety and security of this exciting technology.’

Officials said the new assurance system will first focus on enabling the advanced trialling of self-driving vehicles, which may include trials without a human operator in the loop at all times, or the assessment of novel vehicle types such as pods and shuttles.

The DfT announced in February that its motoring agencies would develop and operate a process to support advanced trials on public roads but conceded that plans were at an early stage. It is not clear whether this process has moved forward significantly.