Ministers have given two sub-national transport bodies £2m to develop their transport strategies.

The Department for Transport (DfT) said it is giving England’s Economic Heartland (EEH) and Transport for the South East (TfSE) the cash ‘to influence government investment decisions at a more regional level, filling the existing gap between national and local transport authorities’. 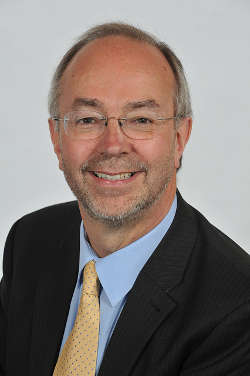 Transport secretary Chris Grayling said: ‘Investing in England’s Economic Heartland and Transport for the South East means that those best placed to make decisions have our support to put forward ambitious proposals for the future.

‘We will continue to work closely with these organisations as they develop transport strategies to help their regions seize their potential.’

The funding announcement coincides with TfSE launching its economic connectivity review, part of its work towards developing a transport strategy for the region.

Cllr Keith Glazier, chairman of TfSE, said: ‘We’re grateful to the DfT for this vote of confidence in Transport for the South East and in the work we’re doing with them to ensure we have an innovative and efficient network for decades to come.'

EEH, which covers an area from Oxfordshire through to Cambridgeshire is also developing its transport strategy, which it said will be ready for consultation in late 2018.

EEH chairman Cllr Martin Tett (pictured) said: ‘This investment by government is good news for England’s Economic Heartland and will help us deliver our ambitious programme of work over the next 12 months, which includes work to develop an over-arching transport strategy and taking forward work to establish England’s Economic Heartland as a sub-national transport body.'