Highways England has launched a new market engagement process for its flagship multi-billion schemes on the A303 around Stonehenge, and the Lower Thames Crossing.

The new Prior Information Noitices (PINS) for the schemes (A303 here, and Lower Thames Crossing here) come after chancellor Philip Hammond announced an end to existing private finance models in the last Budget. 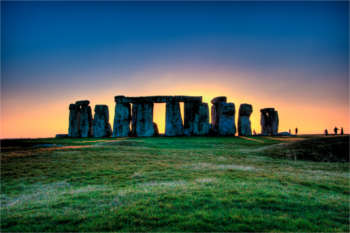 Both the Department for Transport and Highways England boss Jim O'Sullivan have said this means the cash for the schemes - around £1.6bn for the A303 works and between £5.3bn and £6.8bn for the Lower Thames Crossing - is expected to be provided by the Treasury directly.

Highways England had already started an engagement process with the market last year on the schemes, which have both already undergone significant changes to original plans - (see Stonehenge and Lower Thames Crossing).

With the Lower Thames Crossing PIN specifically stating that it 'supersedes the original and allows for wider Market engagement' on a wide range of aspects, the return to market appears to make timing an issue for these mega projects.

The A303 was planned to be opened by 2026 and the Lower Thames Crossing was due to be completed around 2027.

The project comprises of a new dual, two-lane carriageway approximately 13 kilometres long between Amesbury and Berwick Down consisting of:

Highways England intends to use an e-Sourcing portal (Bravo) to communicate and undertake further Market Engagement activities for the above project. Please register on the portal in order to be involved in future market engagement for any aspect of the A303 Amesbury to Berwick Down project.

Details of any further events will be provided to those registered to this PIN and your comments sought, on more specific elements of the projects. Invites to specialist events will be targeted to suit those relevant specialisms.

Collaboration is at the heart of the relationships necessary to deliver at the scale and pace required. Highways England are planning to hold supplier engagement events such as an Interactive webinar session in early 2019 and an Industry day prior to the launch of the procurement exercise. This is to provide an overview of Highways England’s opportunities available to the market related to the A303 Amesbury to Berwick Down project.

This Prior Information Notice (PIN) is issued solely for the purpose of commencing a market consultation exercise and does not constitute any commitment by Highways England to undertake any public procurement exercise.

Interested parties will not be prejudiced by any response or failure to respond to this PIN.

Although this Prior Information Notice (PIN) covers all contracts for consultation, each element listed above will be procured separately with independent and separate procurements. Interested parties will not be prejudiced by any response or failure to respond to this PIN.

Following the completion of the Lower Thames Crossing pre-application consultation in December 2018, we are now developing the development consent order application to seek permission to build the crossing.

Highways England intends to use an e-Sourcing portal (Bravo) to communicate and undertake further market engagement activities for the above scheme. Please register on the portal in order to be involved in market engagement for any aspect of the Lower Thames Crossing project.

It is anticipated that initial market engagement for the enabling works and roads and tunnels packaging will commence in Q1 2019 and further engagement will follow in the near future. Details of any further events will be provided to those registered to this PIN and your comments sought, on more specific elements of the projects. Invites to specialist events will be targeted to suit those relevant specialisms.

We will be carrying out a programme of engagement with interested parties in respect of a range of categories of works and services in relation to the Lower Thames Crossing (LTC) project, which may include: