Here, Steve Helliwell, managing director of Balfour Beatty Living Places, discusses the scheme and how the partnership between Southampton City Council and Balfour Beatty was key to the success and smooth delivery of a project so significant to both the region and the nation. 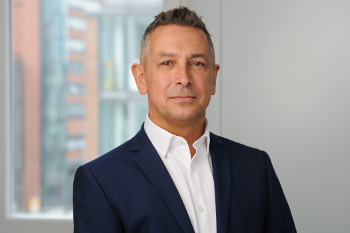 As one of the largest, if not the largest, contractors in the UK, Balfour Beatty Living Places has developed a strong portfolio of highways maintenance contracts across the country.

Successfully delivering for local authorities over the last 24 years, our expert teams across the UK deliver all aspects of highways and street lighting maintenance, working closely with our local authority customers to minimise disruption to local communities and the travelling public to deliver tangible highways improvements.

The Southampton Highways Services Partnership is a fully collaborative partnership between Balfour Beatty and Southampton City Council established in 2010. In 2017 we were awarded a further five-year extension to our Partnership, based largely upon the excellent relationship we share with our customer and the quality of the service we deliver day in and day out.

One of the larger projects undertaken by the Partnership has been the Millbrook Roundabout Scheme, completed in April 2019.

The £8.2m project involved the full reconstruction of the roundabout and was completed in just 23 weeks by an integrated delivery team comprised of Balfour Beatty, Southampton City Council, and an expert supply chain.

The scheme, which was the result of over 10,000 hours of work, was delivered three weeks ahead of schedule, under budget, and achieved with no accidents or injuries.

One of the most challenging aspects of the project was the roundabout’s location – at the entrance to the Port of Southampton’s Dock Gate 20.

The roundabout sits on a main route into Southampton’s Western Docks – the leading vehicle handling port and second largest container port in the UK – with £40bn of goods passing through each year – and is therefore a roundabout with strategic importance for both the regional and UK economies.

With over 36,000 vehicles and 3,000 lorries using Millbrook Roundabout daily, the existing roundabout had been deteriorating for some time.

Through a process of early contractor involvement lasting 18 months and a lengthy bidding process to secure funding, a robust and well-developed design was developed to tackle the failing roundabout.

An area of particularly detailed planning was traffic management, with initial plans developed three years ahead of the project start date. We ensured that each phase of the project was designed to minimise the impact on motorists and maintain access to all local businesses.

The scale and depth of the work needed to fully reconstruct the roundabout was substantial and required the complete removal and reconstruction of the roundabout’s existing formation, with excavations reaching a depth of two metres in several locations.

Adjacent to the edge of the carriageway, over eight kilometres of kerbing needed to be replaced and a full network of new signal ducting and drainage installed as well.

In addition to the reconstruction of the roundabout, we also installed 66 traffic signal heads, 20 pedestrian signal heads and 51 poles, replaced road signage, upgraded the street lighting and replaced all lane markings.

To the South of the roundabout, we also created an extra lane to provide additional capacity for the travelling public and ease congestion at peak times.

Programming for the scheme was finalised following detailed consultation and liaison with the port and its operators, with works scheduled to take place during the quietest seasonal traffic periods for both container and cruise liner traffic.

Aligned with this delivery window, extended working hours were utilised to ensure the best value was provided to the customer for the delivery of the works. As such, we delivered the most disruptive phase of the project but with minimal impact between January and March 2019 and involved the full closure of the Dock Gate for eight weeks.

While works were ongoing, it was crucial that we minimised disruption to the travelling public, users of the port and local businesses. Utilising innovative methods of communication, such as animated traffic management plans, real-time updates to satellite navigation and mapping providers and weekly project newsletters, we provided regular, detailed updates to all stakeholders and customers across the city.

Throughout the scheme, innovation was a key focus area for the project team and several systems and applications were successfully utilised.

The utilisation of BIM Field 360 was a key focus for the integrated delivery team. Its application ensured a robust and all-encompassing quality management and record keeping system was utilised among Balfour Beatty,

Southampton City Council and the supply chain. Self-healing rubber bollards, new plant and animated visualisations were all used to improve the overall delivery of the project. 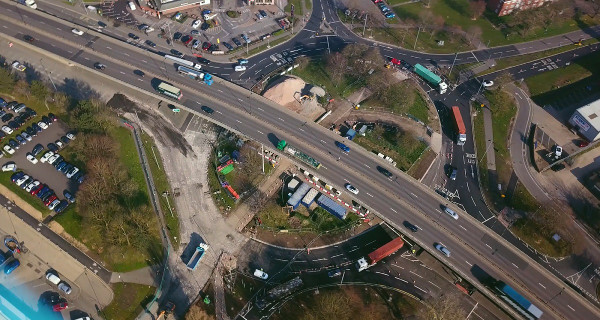 Aligned directly to the Balfour Beatty 25% by 2025 strategy to reduce works on site by 25% by 2025, the design and delivery team also achieved a 10% programme saving by moving a considerable portion of production works around traffic signals off-site.

With a focus on supporting local businesses and minimising disruption, local providers were used for all material recycling and overall 98% of materials removed from site were recycled. The recycling strategy also helped in saving over 42 tonnes of CO2 emissions during the project delivery.

Through delivery of the project we have supported the key objectives of Southampton City Council’s ‘Connected Southampton - 2040 vision for transport’, provided long-term stability for the roundabout’s infrastructure and thus contributed to the economic sustainability of the City of Southampton.

The project has also had a positive impact on easing the flow of traffic congestion in the area and will therefore contribute to Southampton City Council’s commitment to its Clean Air Zone policy.

In addition, both Balfour Beatty and Southampton City Council wanted to ensure the scheme provided back to the community.

The Millbrook project provided several employment opportunities for local people, including two apprenticeships, two work placements, one traineeship, one undergraduate placement and regular visits to the project from local school groups, helping to educate and improve awareness of the opportunities a career in our industry has.

The smooth delivery of this complex scheme, under budget and ahead of schedule, is proof of the outstanding benefits of early contractor involvement. By bringing together multiple, expert supply chain partners, all working together as one delivery team, we have delivered a tailored solution which achieved positive outcomes for Southampton City Council and the wider region.

Jacqui Rayment, cabinet member for transport and place at Southampton City Council, said: ‘I can’t overstate just how important the success of this project was to Southampton, for our residents, commuters, visitors, businesses and the port.

‘This was a much-needed and complete reconstruction of one of the busiest and most strategically important parts of the road network in the region.

‘The fact that it was carried out so smoothly and without incident is testament to the hard work of all the teams involved on behalf of the partnership, both for Balfour Beatty and at Southampton City Council. We are working together to secure a sustainable and successful future for the city.’