The junction is part of the £207m Preston Western Distributor Road (PWDR) project, which Lancashire County Council and main contractor Costain are delivering, including building the new junction for National Highways.

Work on the junction has been going on since the PWDR project started in October 2019.

The bridge beams were lifted into place last June and the latest photographs show progress with the ‘dumb-bell’ arrangement featuring a roundabout on each side of the motorway. 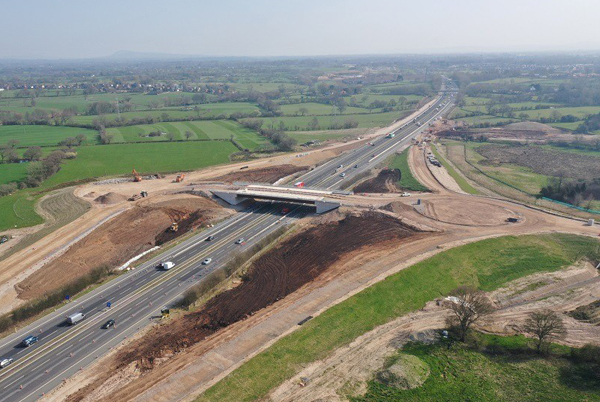 Work has now started on the foundations for new gantries and CCTV installation along the motorway.

Brian Smith, senior project manager for National Highways, said: ‘It’s always exciting to see a project of this importance moving from the drawing board and becoming a reality as these new aerial pictures demonstrate.

‘The new motorway junction is a vital component of the PWDR project, supporting the local economy and relieving congestion at other junctions along the motorway.’

Charlie Edwards, the council’s cabinet member for highways and transport, said: ‘Work is progressing well on this landmark project and images like this show the real-time progress our teams on the ground are making.’ 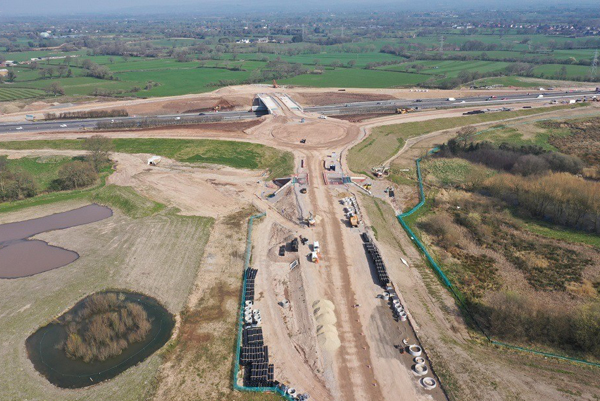 The new road, to the west of Preston, will link the M55 to a new junction with Blackpool Road at Lea. The new junction is being constructed between Swillbrook and Higher Bartle.

The PWDR scheme is the biggest new road programme funded in the Preston, South Ribble and Lancashire City Deal.

The new road and junction are due to open early next year.