ORR rows back on backing for Highways England safety approach

Highways England’s regulator has backtracked on its claims that the Government-owned company had ‘demonstrated that it is applying an evidence-based approach’ to improving safety.

When pressed, the Office of Rail and Road (ORR) conceded that it relied on Highways England's own account of its approach to improving the structural safety of the network rather than investigating the situation independently. 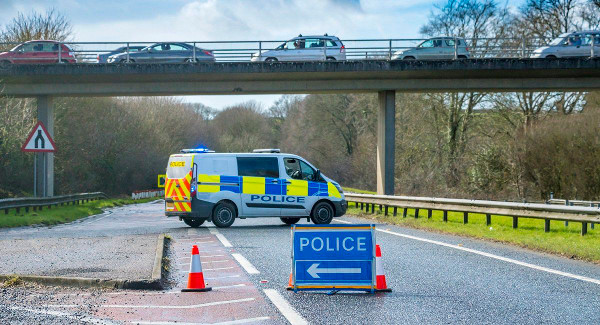 As reported on Highways, Highways England has conceded that it is struggling to meet a pledge in its delivery plan that it will bring the majority of roads rated as one and two stars under the iRAP/EuroRap star rating system up to three stars or above by 2020.

In its 2018/19 Annual Assessment of Highways England’s Performance, the ORR acknowledged that Highways England is unlikely to meet this ‘commitment’ but added: ‘However, the company has demonstrated that it is applying an evidence-based approach to prioritising safety interventions, which takes into account both the star rating, and statistical risk of death or serious injury, of a road.’

It said: ‘The company has stated that it is applying an evidence-based approach to prioritising safety interventions, which takes into account both the star rating, and statistical risk of death or serious injury, of a road.’

In relation to the change in wording, the ORR said: ‘We take a proportionate and targeted approach to monitoring Highways England. This means that we do not investigate every area of Highways England’s activities in detail. Where appropriate, we rely on the company’s reporting to provide us with information about its approach.

‘In the case of how it prioritises safety investments relating to the star rating of the network, the company has engaged us on its approach and set this out in its publication on star rating the network on 4 July 2019.’

Highways England’s head of safety, Richard Leonard, has previously described its approach in an interview with Highways. He said: ‘What you are trying to find is those roads where there is a low star rating and a high risk and those are the roads you need to focus on.’

However he conceded there was no specific programme of works targeted specifically at such safety schemes.

However, given the high casualty rate on single carriageway roads and that Highways England’s target only requires it to upgrade ‘the majority’ of one and two star roads, it is not clear why this approach was seen as potentially diverting resources away from meeting the target.

In response to Highways’ enquiry on this point, the ORR also provided a slightly amended version of a statement in the annual assessment that: ‘We recognise that this approach helps the company target its resources on delivering a greater reduction in casualties than if it focused on improving star-ratings alone.’

It said: ‘We recognise that this approach should help the company target its resources on delivering a greater reduction in casualties than if it focused on improving star-ratings alone.’

Highways England is due to publish statistics next month on casualties on its network during 2018.