The UK’s first stainless steel road bridge has officially opened – nearly five years after its predecessor was swept away in a storm.

The 39-metre bridge over the River Eamont at Pooley Bridge, Cumbria reconnects the Ullswater valley with a permanent structure and replaces the 18th Century stone bridge destroyed during Storm Desmond in December 2015. 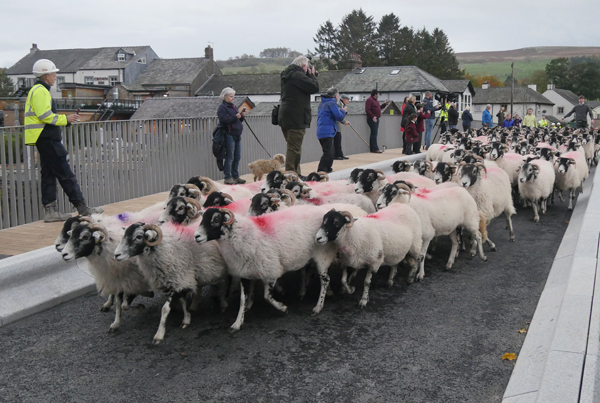 The council described the multi-million pound bridge as a flagship scheme in its Infrastructure Recovery Programme, which has repaired damage inflicted by Storm Desmond to over 450 bridges, as well as large sections of road and other highway infrastructure.

Keith Little, cabinet member for highways and transport, said: ‘I’d like to thank all our contractors for creating a fantastic new structure, and I’d also like to thank the local community in Pooley Bridge who have worked with us through the design stages and throughout the construction.

‘I know they’ve had a lot to put up with, but we now have an iconic new bridge to be very proud of and which will attract many visitors in the years to come.’

Diane Bourne, managing director of Eric Wright Civil Engineering, main contractor for the project, said: ‘It’s always so sad when we lose a piece of history so it was really important that we built a new, modern bridge which would not only complement the local surroundings but which would ensure the communities either side of the River Eamont remained permanently connected for future generations to come.

‘The new bridge is slender and exceptionally strong and is designed to be resilient to any future extreme weather conditions. We’re very proud to deliver the UK’s first stainless steel road bridge and I’d like to thank all of the team for working so hard to complete this landmark project and to the local community for their support and patience.’ 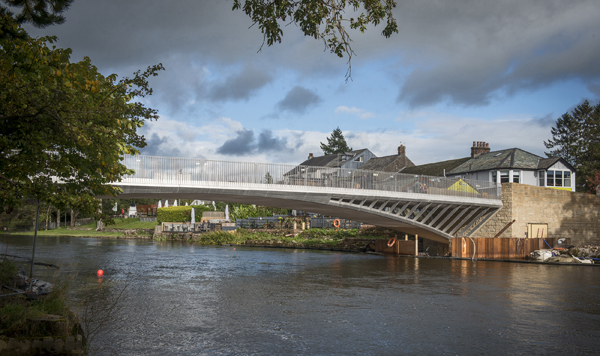 The bridge was designed as a single span structure to avoid the need for piers in the river, thereby reducing the flood risk and making the structure more flood resilient.

In total, around 80 tonnes of stainless steel has been used, 2,000 tonnes of concrete laid and 650 square metres of locally-sourced stone. Around 250 people have been involved in the project and the bridge has taken approximately 10,000 person hours to construct.