Safety issues around older drivers have become increasingly critical, the Royal Society for the Prevention of Accidents (ROSPA) has warned. 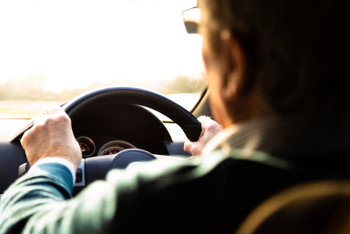 The official statistics for 2017 saw a 9% increase in older road users being killed or seriously injured and almost 22,500 individuals aged over 70 had their licences revoked in 2018 because they failed to meet medical standards.

In a separate but related issue, in the last five years alone 37 people have been killed and 1,200 injured in collisions where uncorrected or defective vision was a contributory factor.

Head of road safety at ROSPA, Nick Lloyd, said that the charity does not want to see compulsory test at a given age, arguing there is no evidence for that policy. However he added that there was 'a sizeable number of older drivers who should not be driving medically'.

In a speech to the Road Safety Markings Association (RSMA), he said from over the age of 75 and over there is 'a huge increase in KSIs per miles travelled'.

'The percentage of KSI crashes involving turning right across the traffic increase from 10% for all crashes aged up to 50, to 30% for drivers aged over 80,' Mr Lloyd said.

A 2016 older drivers taskforce identified a range of issues and called for more guidance and action to deal specifically with those features of the road that cause difficulties for older drivers. This includes:

Reasons why we crash due to human error

Retiring from driving - doctors and other healthcare professionals should: