The government-owned company published its second annual update on progress against the Government’s 2020 Stocktake and Action plan, which sets out both the actions it has taken to make smart motorways safer and the latest casualty data.

Figures from last year showed ALR schemes had higher fatality rates than conventional motorways for the previous two years. The latest report shows ALR routes were found to still have higher rates of serious casualties than other types of smart motorways that have not permanently removed the hard shoulder.

The document shows that conventional motorways have lower rates of personal injury collision (PIC) but higher fatality weighted injury (FWI) and killed and seriously injured (KSI) rates than each type of smart motorway, which ‘suggests that when a collision occurs on conventional motorways it is more likely that it will involve a higher severity casualty’. 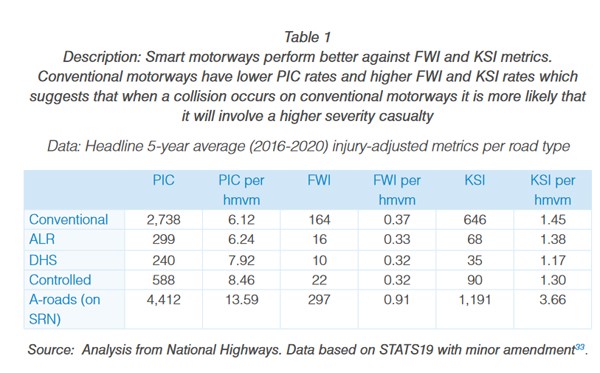 The document points out that the impact of the measures National Highways has delivered as part of the 2020 Action Plan is not reflected in the latest data.

It adds: ‘It will not be possible to assess the impact of these measures until at least late 2023 when some of this data will start to be available.’

In the foreword to the document, National Highways chief executive Nick Harris addressed drivers’ concerns about breaking down in a live lane by arguing that such these occur on a very small proportion of total journeys on any road.

‘Every road death is a tragedy and our thoughts are with those who are affected. The latest data shows that, overall, in terms of serious or fatal casualties, smart motorways are our safest roads,’ he wrote.

RAC head of roads policy Nicholas Lyes said: ‘While the Government is keen to point out that all-lane-running smart motorways tend to have a better overall safety record than conventional motorways, the safety comparisons with other types of smart motorways are less impressive.’ 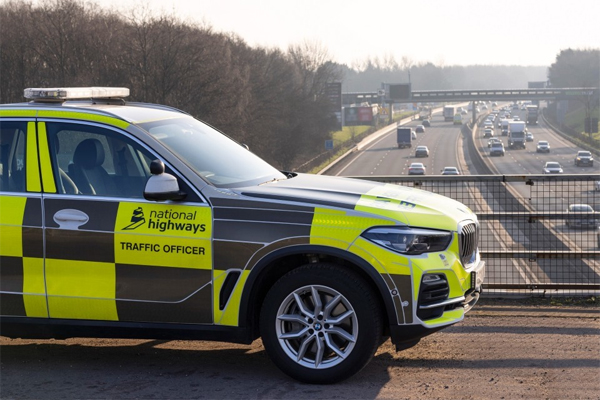 The report states that over the past year National Highways has:

Mr Lyes said: ‘While good progress is being made in upgrading existing smart motorways by installing stopped vehicle detection technology and more refuge area signage, the key question is whether these changes are enough to reassure drivers, many of whom firmly believe that removing the hard shoulder compromises safety.’

AA president Edmund King said: ‘While it is good to see progress in implementing further safety measures on smart motorways, our view all along has been that these motorways should never have been rolled out without these measures in place to start with.

‘The latest data backs up why we called continuously for more ERAs and better radar systems. The five-year average shows that when a vehicle is stopped in a live lane of any form of smart motorway, it is worse across all safety metrics when compared to a motorway with a permanent hard shoulder.

'We have seen progress with 100-mile roll out of Stopped Vehicle Detection but a recent serious incident on the M3, where a bridge seems to have prevented the radar working, reminds us that it is not infallible.’